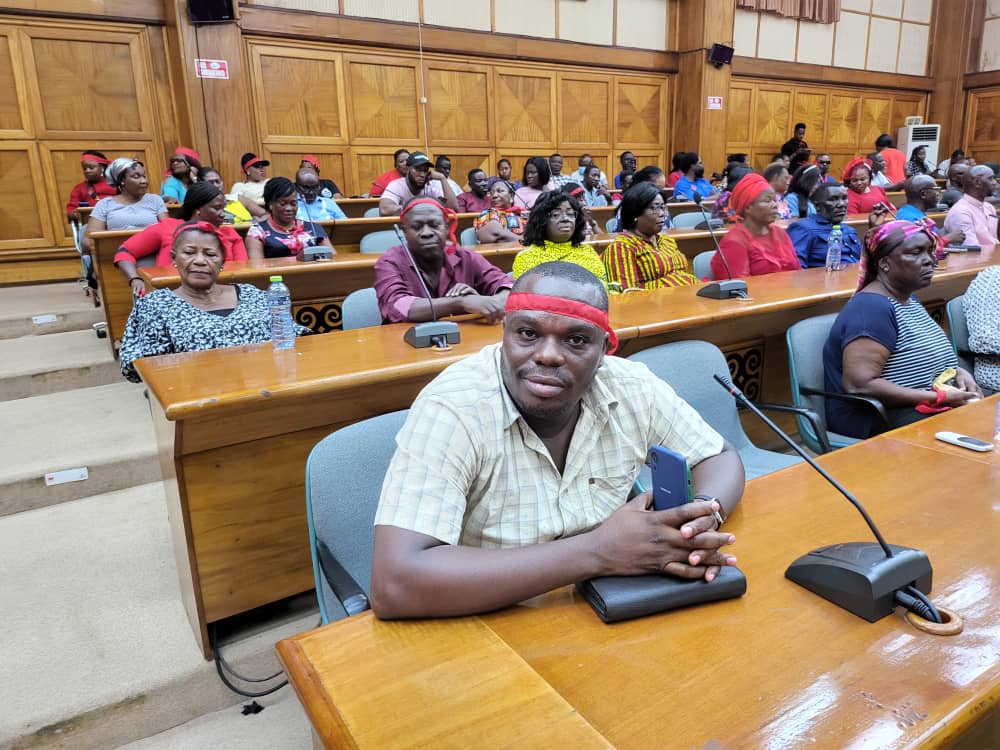 The Ghana Union of Traders Association (GUTA), has urged its members in Accra to close down their shops from Wednesday till Monday, October 24, 2022.
The move is to protest against rising inflation, depreciation of the Ghana Cedi and high lending rate due to an increase in the policy rate by the Bank of Ghana.

The President of GUTA, Joseph Obeng made the declaration today (Tuesday) at the forecourt of the Ghana International Conference Centre in Accra after a meeting with the Council of State.

The 1st Vice President of the association, Clement Boateng told the Daily Graphic in an interview that the closure of shops was necessitated by the government’s failure to address the concerns of traders after weeks of engagements.

He explained that the Council of State intervened when the association announced to embark on a strike action about two months ago and urged its leadership to engage the government before going ahead with the protest.

He said a joint committee of GUTA and the Council of state was then formed to lead the negotiations with the government and come up with recommendations, but after its initial meeting, the negotiation process was put on hold, leaving the association to its fate.

“We formed the joint committee to come up with recommendations for the government and we expected to have the Minister of Trade and Industry and the Minister of Finance present at the meetings but at the initial meeting, they only sent directors and officials from the Ghana Revenue Authority and the BoG,” he said.

Mr Boateng said due to economic hardship and the rise in the cost of doing business, the association pressed the Council of State to impress on the government to continue with the negotiations and adopt its recommendations.

“Every time we called on the Council of State, they said the officials were busy but when they heard that we were about to embark on this action, they quickly called for a meeting so they asked that we put on hold our decision but no compromise was made,” he said.

Mr Boateng said the association’s resolve to close down shops from Wednesday till Monday should be seen as a distress call to the nation and the world to help salvage the trading community in the country from economic hardships.

“This will make our external creditors know, understand and appreciate the challenges we are going through, which is making it difficult for us to service our debts in time as we normally do,” he said.


He said another reason for the action was to make the consuming public understand that the astronomical increase in the prices of goods was not a deliberate ploy by the trading community.

The Association, after declaring the closure of shops, has issued some recommendations to the government to help inform its next action.


Mr Boateng said it includes the government streamlining the activities of forex bureaus as well as finding a way of roping the ‘black market’ into the forex bureau system and also adopting other alternative currencies like the Chinese Yuan to reduce the pressure on the United States Dollar.

“We also want an immediate implementation of the roadmap set out to flush out illegal foreigners in the retail trade sector and also make the tax system uniform and affordable in order to make compliance easy for businesses,” he said.

The association has also asked the BoG to reduce the monetary policy rate to an appreciable level to reduce the commercial lending rate and present a roadmap on how it would bring interest rate with realistic targets and periods.

It also wants the BoG to immediately introduce caps on interest cost, including hidden costs that increase Annual Percentage Rates.

Meanwhile, a source at the Ministry of Trade and Industry familiar with the negotiations with the association told the Daily Graphic that the government appreciates the concerns of GUTA and was working around the clock to address them.

This will make our external creditors know, understand and appreciate the challenges we are going through, which is making it difficult for us to service our debts in time as we normally do