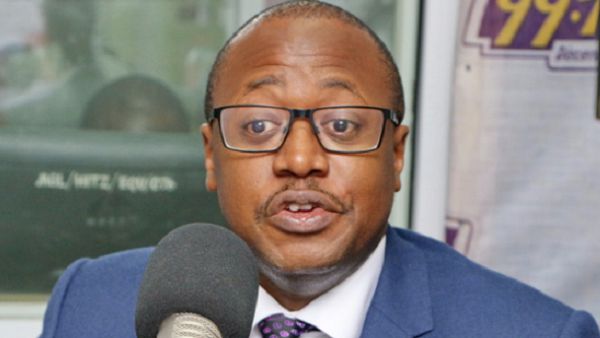 The country’s request for an International Monetary Fund (IMF) bail out needs a multi-stakeholder approach to deal with, the Director of Advocacy and Policy Engagement at the Centre for Democratic Development, Ghana (CDD-Ghana), Dr Kojo Pumpuni Asante, has said.
“Regrettably, the pervasive and ingrained clientele politics of the country which materialises in a “winner-takes-all” style of governance has often distorted a much-needed national debate on what needs to be done and how it needs to be done’’, he said.
Sharing his thoughts on the IMF-Ghana’s negotiations with the Daily Graphic, Dr Asante said, “Ghana’s approaches to the IMF, which have averaged every four years over the past 65 years, tell a story of recurrent failure on the part of successive governments to ensure fiscal discipline and to make the economy more resilient to both internal and external shocks.”
Context
He noted that the surge in food and fuel prices, high cost of living and disruptions in the supply-chain, as a result of exogenous shocks from COVID-19, and the war in Ukraine had exacerbated the already ailing economy, necessitating talks with the IMF on a 17th bailout.
“Undoubtedly, Ghana is suffering from its highest inflation rate of 31.6 per cent in 20 years as shown in a recent report issued by the Ghana Statistical Service,” he stated.
Citizen’s engagement
The governance expert noted that as the country wrapped up for a suitable IMF programme, there was the need for the citizenry to be made aware of the difficulties ahead.
“One thing must be clear; that much more difficult times exists ahead of us. In that regard, as much as the content of the agreement is important for charting a way out of our economic woes, preparing the citizens for this period of difficulty is even more imperative,” he said.
Dr Asante stated that whatever agreement that was going to be tabled must be citizen-centered, specifically people must be directly consulted about their needs in designing a home-grown content – one that reflected the aspirations of the people.
Issues of interest
Dr Asante said, for instance, the country’s lack of fiscal discipline, and its recent over-reliance on foreign funding where 48 per cent of its total public debt, held by external investors, would be of interest to the IMF in a recovery programme in order to ensure fiscal stability.
“However, the only way to pay our bills are through an enhanced revenue mobilisation through a tax compliance mechanism, spending efficiently and sealing all revenue leakages. We need a clear growth strategy to fix the structural problems such as our over-reliance on primary commodity exports such as gold, crude oil and cocoa.” “ We must create a workable support system and incentive to the youth who form the chunk of our population showing so much ingenuity and innovation, while ensuring that these programmes do not end up like the MASLOC, GYEDA, and the many failed programmes killed by partisan interference and unmeritorious leadership,” he stated.
Dr Asante questioned that would this on-going negotiations be the last time the country was requesting an IMF bailout in 65 years or it would also end up just like the many others.
“When we fail this time, we may not be so lucky the next time,” the governance expert retorted.