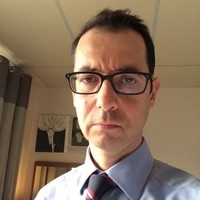 A high-level delegation from the International Monetary Fund (IMF) will arrive in the country today to start discussions with the government on how to support the country out of its current economic challenges.
Mission Chief, Carlo Sdralevich, will lead the team of senior officials of the fund from its head office in Washington, DC, United States of America (USA).

The team will also include the Country Resident Representative, Dr Albert Touna-Mama.

The delegation will commence in-person meetings with the government tomorrow in connection with the country’s quest for an IMF-backed programme.

On Ghana’s side, the President, Nana Addo Dankwa Akufo-Addo, will lead a task force of economists, ministers and advisors, while the Ministry of Finance (MoF) will put together a team of economists, finance and social technocrats for the discussions.

The Daily Graphic learnt that the Presidency would announce the team to lead the discussions and that already sub-teams were working on various thematic areas of interest for tomorrow’s discussions.

The IMF team, which will be in the country for a week, will meet the task force, the Ministry of Finance, the Bank of Ghana, Civil Society Organisations, academicians among others.

Last Sunday, the Minister of Information, Kojo Oppong Nkrumah, said the President would personally lead a task force at the Cabinet level to begin the discussions with the fund.

This is the 18th time the country has approached the IMF for support, mainly to offer balance of payment buffers, technical assistance to guide an economic turnaround and provide credibility for the international community and investors to start lending at more concessionary terms to the country.

A press release issued by the Public Relations Unit of the Ministry of Finance yesterday confirmed the arrival of the IMF team today for an engagement with the government.

“Subsequent to the directive by the President, the Ministry of Finance hereby announces the commencement of engagement with the IMF to support Ghana’s economic programme.

“Pursuant to this, a delegation from the fund is scheduled to arrive in Accra on Tuesday to commence in-person meetings with the government of Ghana on Wednesday,” it said.

The release gave assurance of the government’s commitment to successfully negotiate a programme with the IMF in the coming months, in support of Ghana’s economic recovery.

Last Friday, the country indicated to the IMF its intention to seek balance of payment (BoP) support.

The IMF Country Office confirmed receipt of the indication and pledged to support the country in its 18th programme with the fund.

In April 2015, Ghana turned to the IMF for a $918-million loan to support its ailing currency and help stabilise the economy.

IMF advisors, working with the government, developed a three-part programme to restore debt sustainability, strengthen monetary policy and clean up the banking system.

The IMF works to achieve sustainable growth and prosperity for all of its 190-member countries.

It does so by supporting economic policies that promote financial stability and monetary cooperation, which are essential to increase productivity, job creation and economic well-being.

In an interview with the Daily Graphic, the Head of Research at the Institute of Fiscal Studies (IFS), Dr Said Boakye, said the government should be able to put together its own programme, so that the IMF would help.

For his part, the President of the Ghana Union of Traders Association (GUTA), Dr Joseph Obeng, said the association expected the government to negotiate for a short-term programme, so that it could put its house in order and design home-made solutions to accelerate the development of the economy.