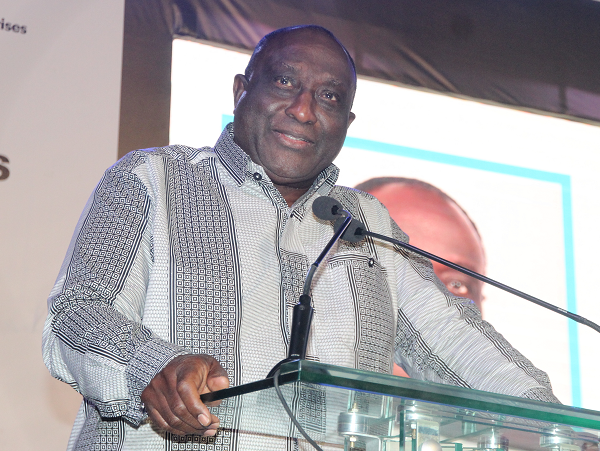 The country’s industrialisation agenda has received a major boost with the establishment of 67 business resource centres (BRCs) across the country.
They were set up by the Ministry of Trade and Industry, under the Rural Enterprises Programme (REP), to support the growth and competitiveness of micro, small and medium enterprises (MSMEs) and One-District, One-Factory (1D1F) companies.

The BRCs are providing business development services such as the identification of business opportunities, business plan preparation, facilitation of access to finance/credit and business health check, otherwise known as business diagnostics.

Other services include the provision of training in management and entrepreneurship, business counselling and advisory services, productivity improvement programmes and capacity building for institutions.

The BRCs, to be run as profit-making entities, are to be managed by private sector operators under a franchising arrangement with the Ghana Enterprises Agency (GEA), the ultimate owners of the BRCs.

This is to ensure the sustainability of operations and maintenance of facilities of the centres and also the aggressive and guided promotion of business activities in the country.


Currently, 37 out of the 67 centres are in operation, with facilities such as reception areas, offices for staff, business centres/cafés, conference/training rooms, small meeting rooms and showrooms.

The establishment of the BRCs was funded by the International Fund for Agricultural Development and the African Development Bank (AfDB).

Speaking at the launch of the BRCs in Accra yesterday, the Minister of Trade and Industry, Alan Kyerematen, noted that many countries, especially in Europe, North America and Asia, had developed their economies by paying more attention to building strong MSMEs that had grown from family-owned businesses into multinationals.


“The great nations of this world are not where they are because of their natural resource endowments. If that were the case, countries like Singapore and South Korea would be the poorest countries in the world and Africa would be the richest,” he said.

“Those countries are great because of their commitment to the development of entrepreneurs. There are companies that make annual turnover larger than Ghana’s Gross Domestic Product,” he added.

He noted that many MSMEs in the country had not been able to take advantage of international trade agreements signed with leading economies in the world due to some challenges, such as the high cost of credit, weak production and retail infrastructure, low technology adaptation, and inadequate market information.

The Trade Minister said it was against that backdrop that the ministry had, since 2017, been implementing a comprehensive industrial transformation programme to make the country the new manufacturing hub in Africa.

To achieve that industrial objective, programmes such as re-aligning REP to provide comprehensive support for MSMEs and 1D1F companies had become necessary, Mr Kyerematen said.

He noted that Ghana was faced with three main challenges, namely: unemployment, low revenue mobilisation and lack of sustained inflow of foreign exchange, which needed to be tackled to put the country on the right path.

“Every year, over 300,000 people graduate from our tertiary institutions. If we add this to those who complete second-cycle institutions and those who do not even make it to the second-cycle or tertiary level, nobody needs to convince us that unless we find a structured solution to deal with unemployment, we will have national security challenges on our hands,” he said.

Mr Kyerematen said about 80 per cent of employment generated in the country came from MSMEs and, therefore, appealed to the Ministry of Finance and the Bank of Ghana to put together a no-guarantee scheme that would ease liquidity in the banks to support the development of MSMEs.

The government, he said, must drive the public sector to provide institutional support and additional development services for MSMEs, saying by doing so, the MSMEs would start paying taxes that would help deal with the problem of low revenue mobilisation.

“If the only answer to export revenue mobilisation is proceeds from the export of cocoa, then we may have a problem in this country. We have been depending on cocoa and gold for over a century for our export revenue. It must occur to us that we have to move beyond cocoa. We should mobilise MSMEs to produce for export,” he emphasised.

The country needed export revenue to be able to finance the development agenda and also support the local currency, and that could be achieved if MSMEs were supported, he said.

The National Director of the REP, Kwasi Attah-Antwi, said one of the biggest achievements of the REP was the huge innovative institutional legacy that was being bequeathed the country at the district, regional and national levels for the promotion of business development.

“The BRCs are for the promotion of business development services, engineering technology development, industrialisation, among others, particularly in the rural areas,” he said.

Mr Attah-Antwi disclosed that aside from the BRCs under the Business Development Service component of the REP, 161 business advisory centres (BAC) had been established in the various assemblies, adding that through the centres, over 93,031 new businesses and 153,275 direct jobs had been created as of December 2021.

At the event, the REP signed a memorandum of understanding with the GEA regarding their expected roles and commitment to take full custody of and manage the BRCs under the franchising scheme.

The Chief Executive Officer of the GEA, Kosi Yankey-Ayeh, described the BRCs as huge assets for the nation’s growth and development.

She explained that the centres would provide quality direct implementation support for MSMEs in the country, which would in turn drive the economy and make it more sustainable and resilient.

Mrs Yankey-Ayeh further pledged that the GEA, in undertaking its supervisory role over the BRCs, would ensure that the requisite tools to function were provided as expected.

The Senior Transport Engineer at the AfDB, Sheila Enyonam Akyea, said the establishment of the BRCs was in line with the bank’s policy of helping to develop the rural areas.

The BRCs would go a long way to support youth and female-owned businesses and develop the skills set required for the 1D1F initiative, she added.

Ms Akyea said checks had proved that all resources that went into the establishment of the centres were used appropriately and as intended.