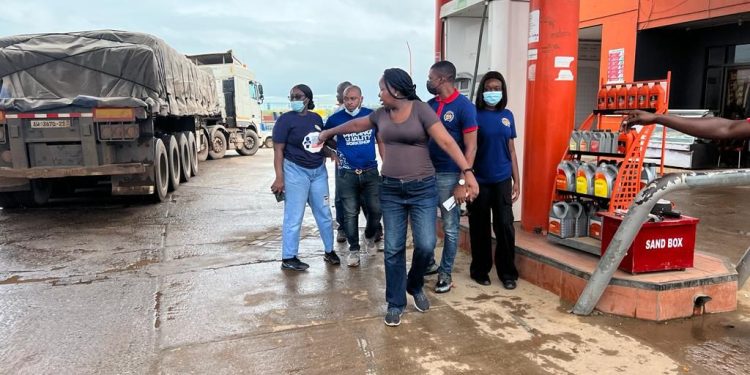 The National Petroleum Authority (NPA) as part of its routine exercises, has clamped down on some fuel stations that have tampered with their fuel pumps in the Western Region.

The exercise, which is being spearheaded by the Consumer Services department at the Head office and the Western regional office of the NPA came in the wake of frequent complaints about some stations adjusting their pumps to cheat their customers to maximise profits.

This necessitated surprise visits to selected fuel stations to check the accuracy of their pump delivery to petroleum consumers.

At the end of the exercise, the team found some of the stations culpable and as a result, closed them down as they await further punitive measures to be imposed on them by the NPA.

The Head of Consumer Services at the NPA, Mrs Eunice Budu Nyarko, in an interview said it was an offence for fuel service stations to pump fuel for sale to customers below the required litre.

The team, later on, held a sensitization program for petroleum consumers in the region. Mrs Budu Nyarko told traders and commercial drivers to live up to their civic responsibility of immediately reporting fuel stations they suspect of adjusting their pumps to cheat customers.

They were given hotlines, which they could call 24/7, to lodge their complaints. She said, “when complaints are made within 48 hours of purchase of fuel, prompt investigation can be carried out and the truth established before that product is sold out”.

She further advised the public to “buy fuels from functional filling stations since these stations are frequently monitored by the NPA and hence, the quality of their products can be guaranteed”.

The NPA team highlighted activities of the authority, including its mandate and responsibilities to the consuming public.

Cindy Andoh-Davies, a Manager at the Western regional office of NPA entreated consumers to adhere to safety protocols to prevent accidents.

The Consumer Services department regularly visits the regions to sensitise consumers of their rights and channels to send their complaints for prompt redress by the Authority.