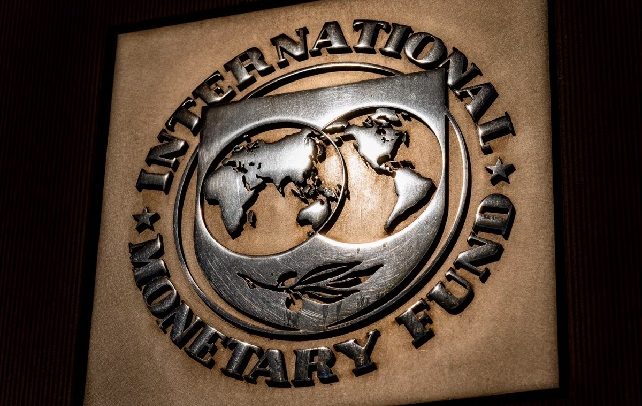 It has emerged that Ghana is not the only country seeking support from the International Monetary Fund (IMF) and that half of the world’s countries have approached the Fund for emergency loans to deal with the financial crisis sparked by the global coronavirus pandemic.

A report by CNN indicated that Kristalina said the IMF was ready to use its “full toolbox and $1 trillion firepower” of lending capacity to help countries weather the economic storm.

The report quoted the IMF boss as saying that as of March, 2022, 10 countries had received emergency funding, and that half of the remaining countries were billed to receive their requested financial lifelines by the end of April this year.

On Friday, the government announced it had opened talks with the IMF to provide balance of payment support to Ghana as part of a broader effort to quicken the country’s build back in the face of challenges induced by the COVID-19 pandemic and, recently, the Russia-Ukraine crisis.

Minister of Information, Kojo Oppong Nkrumah, who disclosed this in a statement, said President Akufo-Addo had authorised Finance Minister, Ken Ofori-Atta, to commence formal engagements with the IMF to come and support economic programmes put together by the government.

“This follows a telephone conversation between the President and the IMF Managing Director, Miss Kristalina Georgieva, conveying Ghana’s decision to engage with the Fund,” the minister said.

According to the statement, at a meeting on June 30, 2022, the cabinet indicated its support for the decision.

“The engagement with the IMF will seek to provide balance of payment support as part of a broader effort to quicken Ghana’s build back in the face of challenges induced by the COVID-19 pandemic and, recently, the Russia-Ukraine crisis,” he explained.

Later on Sunday, the minister explained during a TV interview that the economic challenge is “not domestically induced, but rather an externally induced crisis.”

“The country has been negatively impacted by the twin effects of the COVID-19 pandemic and the Russia-Ukraine war. This situation has been exacerbated by the adverse implication of global supply chain disruptions causing our economy to be in distress,” Mr. Oppong Nkrumah added.

According to him, the government has seen the need to tap into the cheapest and easily available option for mitigating the crisis, which is the IMF, to respond appropriately to it.

The minister noted that domestic measures to contain the impact of the Ukraine war on the country’s fiscals had not yet yielded the desired results, and assured Ghanaians that the decision is in the best interest of the nation.

He said the NPP government had already proven its track record of putting Ghana first always and would do everything to make sure the country is not short changed in the negotiations with the IMF.

Last Friday, the NDC hit the rooftop, claiming they have succeeded in getting the NPP government to go to the IMF, adding that the decision was long overdue.

But a leading member of the NPP, Gabby Otchere-Darko, has fired back, saying the opposition party and its 2020 leader should better think again.

“If John Mahama and the NDC feel NPP going to the IMF now is what will deliver the NDC win in 2024, then they better think again. It rather takes pressure off this government to focus on things that will impact positively on the economy over the next 15 months,” he tweeted in response.

Meanwhile, the IMF says it assists countries hit by crises by providing them financial support to create breathing room as they implement adjustment policies to restore economic stability and growth.

According to the Fund, it also provides precautionary financing to help prevent and insure against crises. The IMF’s lending toolkit is continuously refined to meet countries’ changing needs.

The causes of crises are varied and complex, and can be domestic, external, or both.

IMF Resident Representative to Ghana, Dr. Touna Mama, has confirmed that authorities have requested the Fund’s support to Ghana’s economic programme, adding IMF stands ready to assist the country to restore stability in the macroeconomics front.

“We can confirm that the authorities have been in touch to request Fund’s support to #Ghana’s own economic programme. The #IMF stands ready to assist #Ghana to restore macroeconomics stability; safeguard debt sustainability; promote inclusive and sustainable growth; and face the impact of the war in #Ukraine and the lingering pandemic.

“We are looking forward to meeting with the authorities in the coming weeks to start the initial discussions,” he tweeted after the official announcement by the government.