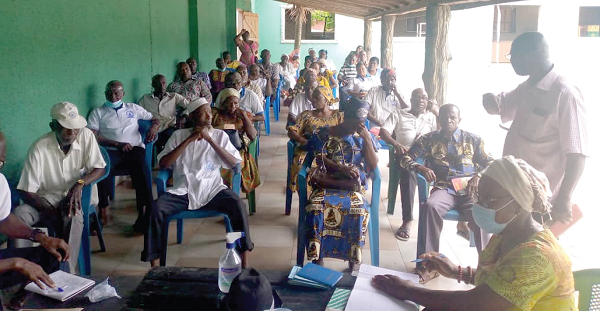 Some retirees have appealed to the government to work out a package for older citizens living off the national pension scheme to cushion them against the current economic difficulties.
They said the value of the monthly stipends they receive from the Social Security and National Insurance Trust (SSNIT) had been eroded by inflationary rates and other economic factors, leaving them virtually empty-handed.

The Chairman of the Akweley, Ottamens and Ofankor branch of the Pensioners Association of Ghana, Daniel Kwabena Adane, therefore, appealed to SNNIT to cushion pensioners to mitigate their condition.


He explained that the prices of goods and services had shot up lately as inflation had risen sharply to reach 34 per cent as of September this year, “making living conditions of pensioners very difficult”.

“The allowances and salaries of some public sector workers were recently increased in the form of cost of living allowance to enable them to withstand the current tough economic conditions,” Mr Adane said.

“Pensioners can also be made beneficiaries of this state benevolence towards the citizens. After all, the state of the economy affects everyone. In fact, it is even harsher on pensioners because we are more vulnerable to various conditions, including sicknesses,” Mr Adane said.


He made the appeal at a forum organised by the Akweley, Ottamens and Ofankor branch of the Pensioners Association of Ghana on investment and sustainability.

He urged pensioners to unite to table their grievances to the government.