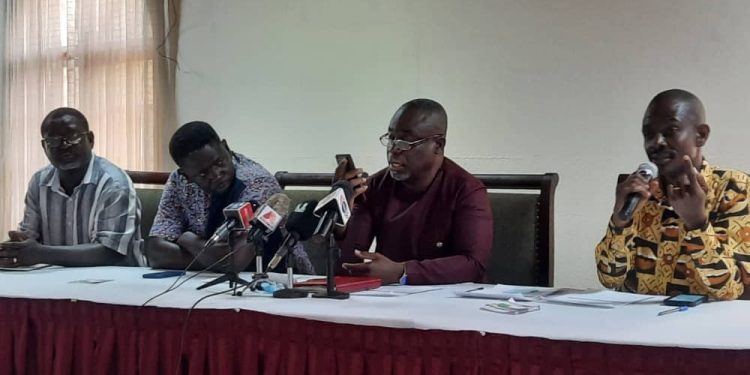 
The Association says it has resorted to some price adjustments of between 15% and 25% to make up for the rise in feed prices.
“As the leadership of the Association, we cannot sit unconcern and watch while businesses of our members fold up as a result of an increase in feed prices and in some cases feed shortage, the reason we have increased the prices per kilo of pork,” President of the Association Kwame Appiah Danquah told Citi News.
“Food ingredients have gone extremely high, and some farmers have decided to fold up, so we did the calculations and decided on price adjustment between 15% to 25%. These adjustments will only keep us in business and not make profit till things change, then we can start making profit,” Kwame Appiah Danquah added.
The leadership also expressed worry over what they say is neglect by the government for the sector and the fact that they also struggle in getting retail outlets in the various malls to purchase their products.
“We are worried that the government has not been supporting us as expected. One of our challenges is the fact that we cannot get the retail outlets at the mall to purchase our products, and they prefer the foreign products to ours” the President of the Pig Farmers Association said.


The association wants the government to consider importing some of the feed ingredients to make up for the scarcity.
“We have not only been struggling with price fluctuation, but also the issue of availability of feed. The feed initially used to come regularly, but we don’t know what changed, and we are hoping government will support by importing the feed to support the ones here. We are sometimes forced to slaughter our animals for lack of feed and this is not good,” the President of the association said.
Some members of the association across the country have expressed varied opinions on how the sector should be run and how government can meet them halfway.
The Central Regional Chairman of the Association who is also the National Secretary of the Association, Ing. George Ayarik expressed worry over why the government’s Rearing for food initiative has not partnered with the association to feed the second cycle institutions with pork, which according to them is no a protein source.
“I was fed on pork during my secondary school days, but I don’t know what changed, and I am urging the government to support us. This will also ease the burden on the other meat supplies such as chicken, beef among others,” the National Secretary said.
The Volta Regional Chairman of the Association, Alexander Kay Jay, urged members of the Association to consider pig farming as a business in other to make returns.
“I want to urge my colleagues to take pig farming as a business because it is only through this that we can survive.”