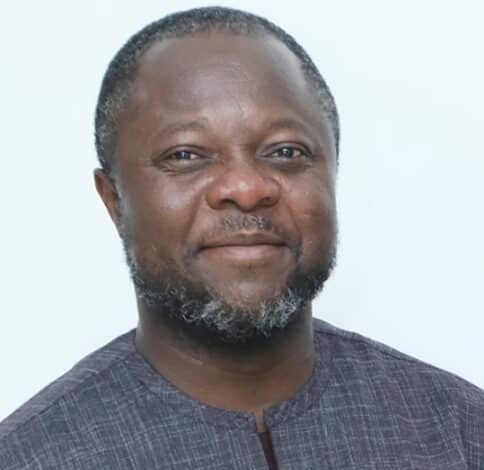 The President of the Republic, Nana Addo Dankwa Akufo-Addo, has appointed Patrick Nyarko as the deputy chief executive officer in charge of finance and administration for the Petroleum Hub Development Corporation (PHDC), in line with Section 16(1) of the legislation that established the PHDC, Act 1053.

According to the letter making this appointment, dated 3 October 2022 and signed by the Secretary to the President, Nana Bediatuo Asante, Nyarko’s appointment is in an acting capacity, “pending receipt of the constitutionally required advice of the governing board of the corporation, given in consultation with the Public Services Commission” or PSC.


Patrick Nyarko is also instructed to indicate, in writing, his acceptance or otherwise of the appointment within 14 days of receiving the engagement letter.

The letter of appointment is copied to the vice-president, Dr Mahamudu Bawumia, the Chief of Staff, Akosua Frema Osei Opare, the Minister of Energy, Matthew Opoku Prempeh, the chairperson of the PSC and the board chairman of the PHDC.

The task
Patrick Nyarko will be joining the team at the PHDC led by its chief executive officer, Charles Owusu, to realise a long-standing dream of making it possible for Africa to set up an integrated petroleum industry which will ensure that the continent better exploits and realises optimal returns from the whole value chain of its rich oil and gas resources. President Akufo-Addo also sees this as being in line with the African Continental Free Trade Area project.

Industry players see the PHDC project as timely, given that the emerging global energy transition requires that oil-rich countries such as Ghana look beyond mere production and sale of crude oil and gas for fuel while remaining dependent on value addition abroad.


For instance, Ghana is yet to monetise its gas and oil resources as feedstock for a range of by-products that includes plastics, fertiliser and industrial chemicals.

The PHDC policy document describes the president’s vision of the hub as being the chief tool to develop a modern, diversified, efficient and financially sustainable energy economy which will ensure that all Ghanaian homes and industries have access to an adequate, reliable, affordable and environmentally sustainable supply of energy.


This will assist the people of Ghana to meet their social and economic needs and support the national agenda for accelerated growth and industrialisation in a fast-integrating Africa.

PHDC project
At the 48th meeting of cabinet on 14 February 2019 the then energy minister, John Peter Amewu, received approval to launch implementation of the masterplan for developing a petroleum hub in the Western Region.

If the masterplan goes to order, the overall value of the petroleum hub, when fully realised, will be in the region of US$60 billion. The entire multibillion-dollar project, though facilitated by the Government of Ghana, is designed to be based on purely private sector funding, attracting investors across the petroleum value chain.


West Africa’s first integrated oil and gas infrastructure will be set on a 20,000-acre piece of land, the Domunli enclave, in the Jomoro Municipality of the Western Region.

At its peak it can house three refineries, each with a minimum capacity of 300,000bpd, together with five petrochemical plants, jetties and port infrastructure, ten million cubic metres of storage tank space, gas infrastructure and ancillary infrastructure.


The role of the government, besides setting up the institution to drive the project, is to provide land, offsite infrastructure, tax incentives and other amenities towards the project. The hub will be launched in three phases over the coming decade.

Until this latest appointment, he was the maiden director for environment, health and safety at the Ghana Integrated Iron and Steel Development Corporation (GIISDEC), taking up the job in March 2022.


He previously served as the maiden director for corporate affairs and international relations at GIISDEC, beginning in September 2020.

From September 2019 through to August 2020, Nyarko was the director of strategy and policy at the Kandifo Institute, a governance and policy think tank based in Accra, and simultaneously, between April 2019 and August 2020, an energy policy analyst/consultant with Baobab Energy Consult.

In the banking sector, Nyarko has worked as the regional sales and relationship officer in the consumer banking department of GCB’s regional office in Cape Coast, and as a sales manager/personal banker with Barclays Ghana from 2016 to 2017, gaining experience in various departments, including retail and corporate banking as well as credit risk.

He is a member of the board of directors/commissioner for the Public Utilities Regulatory Commission (PURC), a position he has held since November 2021.

Patrick Nyarko holds a BSc in management with computing from Regent University College Ghana, an MBA in oil and gas management from Coventry University in the UK and an MSc in strategy and international business from Aston University in Birmingham, also in the UK.