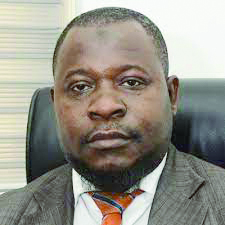 A FISCAL policy think tank, the Institute for Fiscal Studies (IFS) has urged the government to open negotiation with the country’s creditors for new and better debt repayment terms to help avoid an imminent default.
The institute said its analysis showed that the country lacked adequate international reserves and revenue in general to meet its debt and interest cost obligations, hence the need for a restructured arrangement with the lenders.

It said a successful debt restructuring exercise could help minimise the debt service expenditure in the short term, and grant the government some breathing space to pursue long-term policies to improve the fiscal position


The IFS noted that restructuring of the debt was one of the bold and tough decisions urgently needed to safeguard the economy from heightened deterioration.

The Head of Research at the IFS, Dr Said Boakye, said at a forum in Accra last Tuesday, that the government and the political leadership of the country also needed to show leadership by cutting waste and other expenditures while being honest and collaborative in dealing with the challenges.

The economics researcher was making a presentation on the country’s economic and fiscal situation on behalf of the IFS, which had been at the forefront of calling for tougher fiscal consolidation measures since 2019.

Titled: ‘IFS’ assessment of the Government of Ghana’s fiscal consolidation efforts in the face of the rapidly deteriorating macroeconomic environment,’ the presentation traced the causes of the current economic challenges and concluded with recommendations.

Dr Boakye said in his presentation that the present macroeconomic instability was the result of the fact that the country’s fiscal position was in a very poor state compared to its peers.


He said the IFS analysis found that the challenge stemmed from the fact that the economy was “being choked by excessive debt service cost, due to sharp debt buildups in the past decade, and very high employee compensation, largely due to the power of public sector workers’ unions in pushing for wage increases.”

“In fact, compared to its peers, Ghana has been spending too much to service its debt and pay for employee compensation since at least 2019.

Using data for 107 countries from the World Bank, the economist said as of 2019, Ghana’s interest payment (not including amortisation) and employee compensation as ratios of total revenue and grants were way above averages for peer and non-peer country groups.


He said in 2019, while Ghana spent as high as 78.7 per cent of total revenue and grants to pay for both interest on debt and compensation of employees, averages for the 27 African and 56 middle income countries in the sample stood at only 44.6 per cent and 39 per cent, respectively.

He said as of 2019, Ghana was the only third leading country that spent a larger chunk of its revenue on these two items in the world.


To address these challenges and create breathing space for the economy, Dr Boakye said a debt restructuring was urgently needed.

“The government should follow the example of Zambia and renegotiate with its creditors for debt restructuring.

“If successful, this may help minimise the debt service expenditure, at least in the short term, and grant the government some breathing space while it pursues long-term policies to improve the fiscal position.

On the bulky wage bill, the economist advised the government “to confront this challenge head-on and reduce the compensation bill as a ratio of total revenue and grants to match the average for the country’s peers. “

“Through a consultative process with public sector workers and other stakeholders, this reduced ratio should be set as a ceiling, beyond which Ghana’s compensation bill ratio cannot rise,” he said.
Source: graphiconline