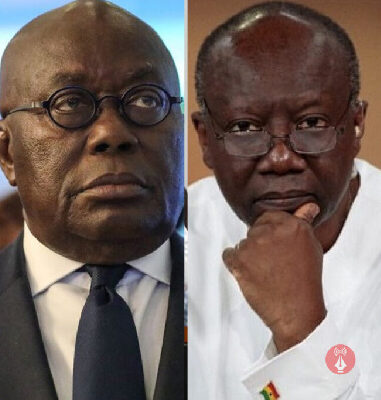 According to a report by marketwatch.com, S&P said its outlook for the country remains negative, “reflecting Ghana’s limited commercial financing options, and constrained external and fiscal buffers.”

RELATED POSTS
Akufo-Addo has ‘badly mismanaged’ the economy – Sekou Nkrumah
Our economy will bounce back stronger – President Akufo-Addo
S&P which is one of the ‘Big Three’ credit-rating agencies, including Moody’s Investors Service and Fitch Ratings, in their report stated that the “Covid-19 pandemic and the conflict in Russia have magnified Ghana’s fiscal and external imbalances.”

“There is also demand for foreign currency that has been driven higher by several factors, including nonresident outflows from domestic government bond markets, dividend payments to foreign investors and higher costs for refined petroleum products,” the report added.

S&P Global Ratings noted that Ghana has also been affected by a lack of access to Eurobond markets with local authority’s passage of a levy on electronic transactions and legislation to tighten exemptions on tax payments including for VAT, among other moves.

“While these changes could improve the tax take going forward, the situation remains challenging, and over the first half of 2022, the fiscal deficit has exceeded the government’s ambitious target,” S&P Global Ratings stated.

S&P Global Ratings had affirmed Ghana’s ratings in February, as Moody’s downgraded the country to Caa1 with a stable outlook.

Ghana was described as ‘high risk of debt distress’ when the International Monetary Fund (IMF) approved a $918 million facility for Ghana in April 2015. The IMF facility initiated a programme to manage the country’s economy and to control government spending to ensure fiscal discipline.

Ghana on July 1 announced it was approaching the Washington-based International Monetary Fund (IMF) for an economic rescue programme.

A team from the IMF has since had initial contact with major stakeholders during a one-week visit to Accra between July 6 – 13, 2022.