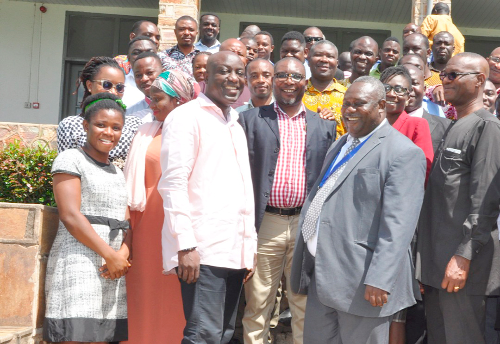 Sixty public sector internal auditors in the Volta and Oti regions have undergone a two-day training in Risk-based Internal Auditing in Ho.
The participants were drawn from the various municipal and district assemblies, as well the health and education sectors, and other government departments.

The training, which was held for two weeks, was organised by the Internal Audit Agency (IAA) and aimed at equipping the participants with the requisite skills to prepare and submit the 2023 Risk-based Internal Audit (RBIA) work plans on time and in compliance with the agency’s standards.


The opening ceremony was performed by the Deputy Director-General of the IAA in-charge of Technical and Field Operation, Dr W. K. Offei-Mensah.

He said the nationwide training was meant to prevent and reduce irregularities associated with the management of public funds.

That plan also included capacity building and professionalism of the internal auditors, he added.

The Volta Regional Coordinating Director, Augustus Awity, noted that in spite of the presence of internal auditors in the government agencies, financial infractions still occurred in the management of funds at those places of work.


That, he said, suggested that the possibility of the internal auditors conniving with fraudsters in the public sector to swindle the state of vast sums of money could not be ruled out.

He said the training was, therefore, an appropriate step to protect state funds.