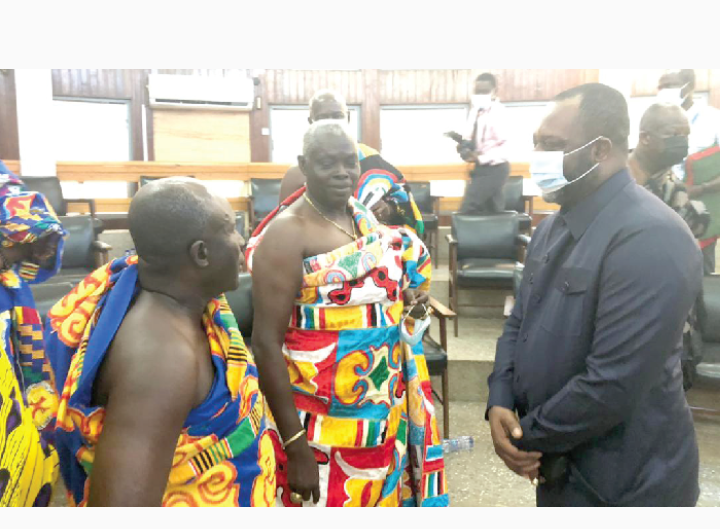 The Minister of Energy, Dr Matthew Opoku Prempeh, has assured the chiefs and people of the Western Region of effective collaboration to ensure that the region benefits from the oil and gas activities.
Speaking during an interaction with the members of the Western Regional House of Chiefs yesterday, he said “the mandatory requirement to manage and minimise the adverse impacts of petroleum activities on the host communities would be respected.”

The minister, who is on a working visit to the region, said it was important for Ghanaians to collectively support the government to ensure that maximum benefits were derived from the God-given resource and for the development of the country.

The ministry, he said, was keen on ensuring that the oil industry invested in the communities through the company’s social investment initiatives to ensure sustainable development and shared benefits.

Along the coasts, especially in the Western Region, he said there was an increase in exploration activities in the country’s offshore basin, which had resulted in the competition for space among various users of the sea.

As a result, he said reports indicated that there were increasing rates of fishing incursions by fishermen into the safety zones around the offshore installations.

These incursions, he said, currently averaged 5,000 annually, which were posing serious risks to the offshore installations and other users of marine space.


The situation, he said, was not healthy since the offshore oil and gas space remained a restricted area and must be respected.

“I am appealing to you our hardworking fishing community that these zones are earmarked to also protect them and their activities and they should respect the zones as such,” he told fishers.

Dr Prempeh said the government would intensify and extend community education across the coastal belt to reach other fishermen beyond the region.

That, he said, would ensure that the oil activities were not carried out at the expense of fishing and other lawful economic activities.

“It is a delight to interact with this august House, reminding me of the unique role this House has played and is still playing in promoting development of the Western Region and Ghana in general.

“I am hopeful that through this interaction, we would be able to provide and share ideas, with the view to improving on our understanding of the issues in the Energy (petroleum) sector and enhancing the welfare of the people we all represent,” he said.

He added: “The critical role of chieftaincy or traditional governance in nation building and national development, therefore, cannot be overemphasised,”

The Western Regional Minister, Mr Kwabena Okyere Darko-Mensah, called for the support of all to ensure that the country developed faster than expected.