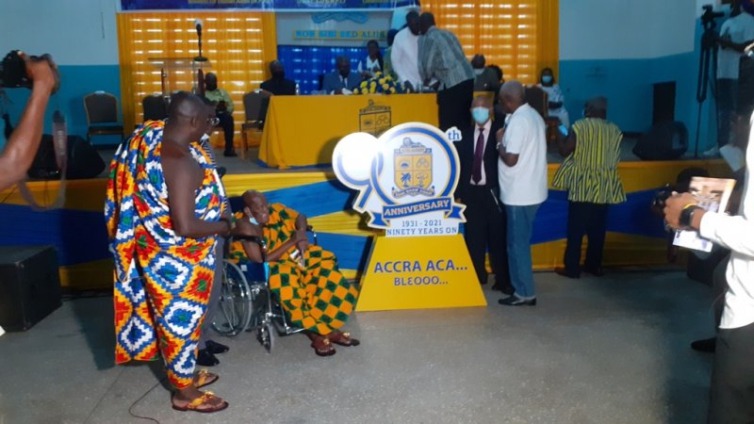 As part of its 90th Anniversary celebrations, Accra Academy will host a Fundraising Dinner Dance on October 22, 2022, at the Gamashie Hall of the Trust Sports Emporium, (Bukom Boxing Arena).
The event which would climax the year-long anniversary activities is aimed at raising funds to support the construction of flats for the staff of the school.

A statement signed by the Chairman of the Anniversary Planning Committee, Bleoobi Rodger Allotey called on alumni, corporate bodies and individuals to come on board to support the programme.


“We invite everyone especially old students(Bleoobii) and corporate Ghana to be part of the memorable event and to contribute to a worthy cause,” he stated.

They also urged corporate bodies to take advantage of the event to demonstrate their commitment to Corporate Social Responsibility by becoming sponsors of the initiative.

Accra Academy, founded in 1931 has since September 2021, embarked on a year-long celebration of its 90 years of existence.

There have been a series of activities including seminars and the launch of a book on the history of the Accra Academy as well as other memorable events.

The upcoming grand fundraising event would bring the curtain down on the activities for the year, and the school and organisers have called on the public to be part of a major public secondary school enhancement effort.