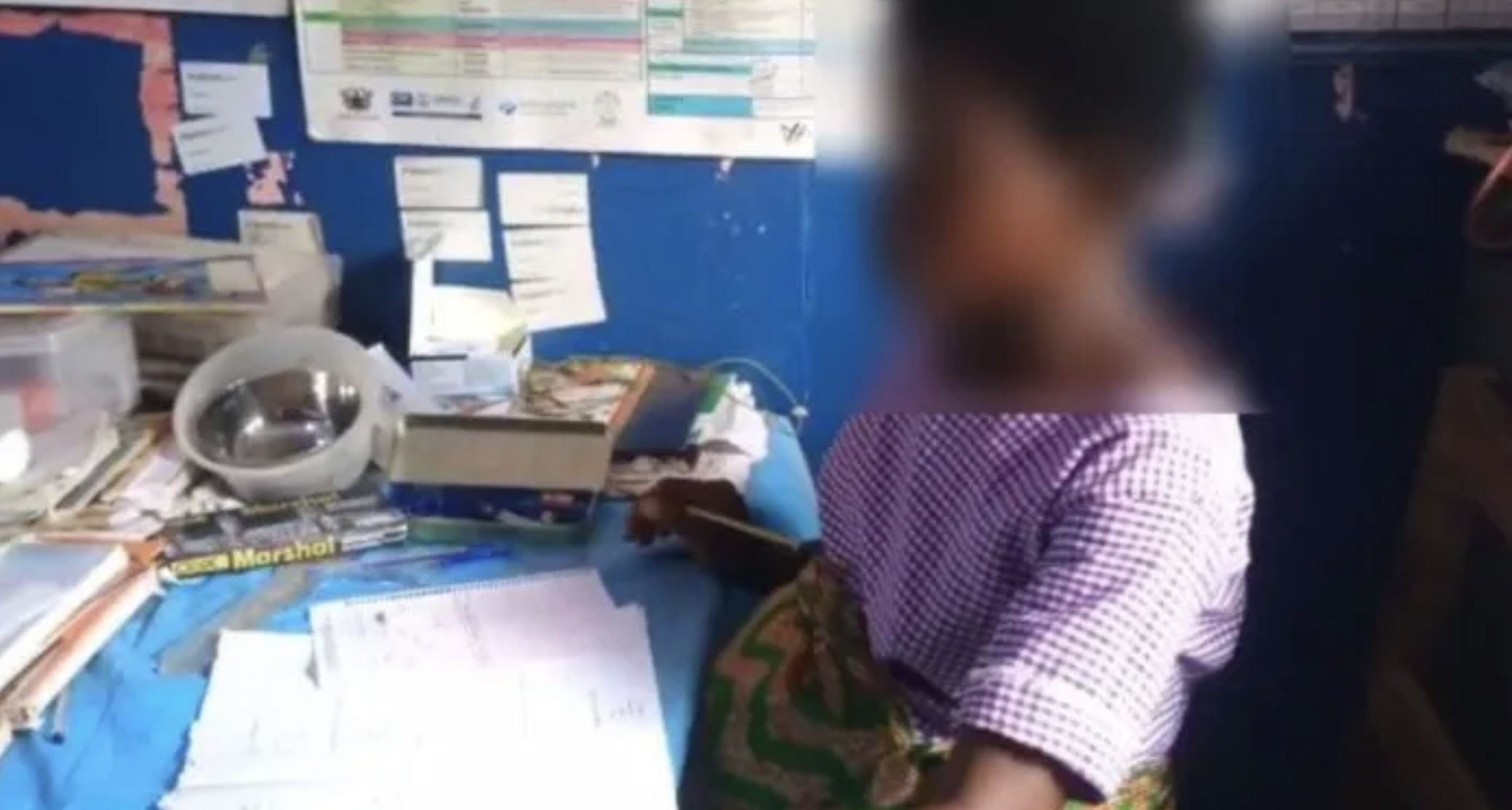 A 17-year-old Basic Education Certificate Examination (BECE) candidate, who was rushed to the labour ward moments after she entered the examination hall last Tuesday has given birth to a baby girl.
The candidate went into labour in the examination room while taking the ongoing BECE at Kechiebi R/C Centre in the Nkwanta South Municipality of the Oti Region.

Mavis Nabin was said to have begun contractions at the examination centre on Tuesday morning, a few moments after arriving for the Mathematics paper.


She was rushed to the Kechiebi Community-Based Health Planning System (CHPS) Compound, where she managed to complete the paper under supervision by midwives.

Mr. Lawrence Antwi, the exams supervisor, who spoke to the Ghana News Agency (GNA), said Mavis was delivered of the baby on Tuesday in the evening.

He said the mother and the baby were doing well according to reports from the clinic.

The supervisor said Mavis would write the English and Religious and Moral Education from the clinic.

Mavis was provided with one invigilator for the first and second parts of the exams to ensure she followed all examination requirements.

Mr. Antwi added that three other pregnant candidates and five nursing mothers were candidates for this year’s BECE at Kechiebi centre.

Meanwhile, the midwife at the facility disclosed to the GNA that the candidate is in a stable condition, and they are anticipating her discharge anytime soon.