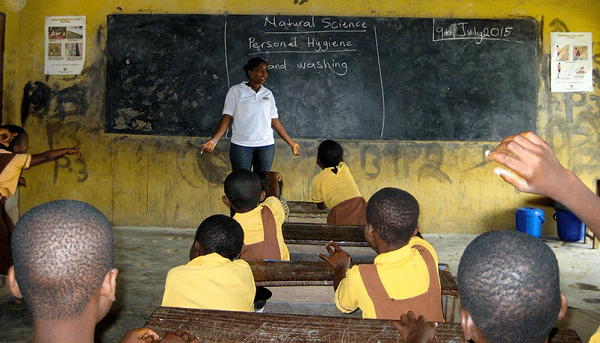 A total of 26,954 teaching staff who took part in the promotion examination held in December 2021 came out successful.
The figure, representing 67.5 per cent pass, was out of a total of 39,918 candidates who sat for the exam to be promoted to various teaching grades in the Ghana Education Service (GES).

The test for those seeking promotion to the ranks of Principal Superintendent, Assistant Director I and II covered knowledge of the ministry and the GES, school/classroom management, theories of learning, assessing and evaluation, contemporary issues in education, as well as current and general knowledge.

Those applying for the rank of Deputy Director, in addition to the above, be tested in education administration and management.

A statement signed and issued by the Deputy Director-General in charge of Management Services, Anthony Boateng, said out of the 3,538 candidates who took the test for the grade of Deputy Director, 2,330, representing 65.8 per cent were successful, while 7,785 representing 71 per cent out of the 10,950 seeking for the grade of an Assistant Director I, were successful.

According to the statement, the results of those who passed the examination could be accessed on www.gespromotions.gov.gh for a fee of GH¢10 starting from Wednesday, April 27 from 6 p.m.

It said formal promotion letters would be released in due course.

In February 2020, the GES revised the promotion process for its staff.

The aptitude test for staff promotion replaced the hitherto face to face interview sessions that was fraught with multiple challenges.

Throwing light on it, the Director-General of the GES Professor Kwasi Opoku-Amankwa explained that the GES revised its promotion processes with the aim to improve efficiency and effectiveness.

He said until the introduction of the promotional test, every year, the GES received almost a thousand petitions on promotions, all levelled against “our staff in the district, regional and national headquarters, as well as interview panels across the country.”

Prof. Opoku-Amankwa explained that the petitions included allegations of victimisation and corruption, explaining that apart from the complaints, the process was tedious and expensive.