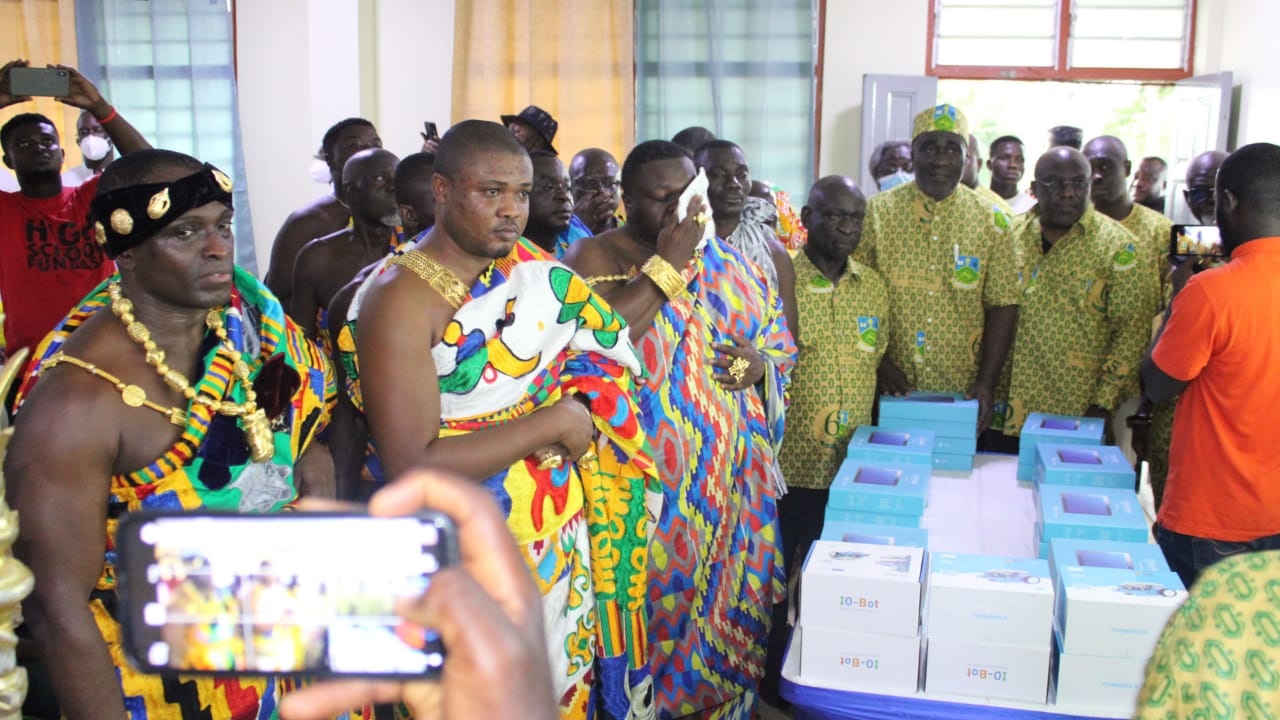 St. Peter’s Senior High School (PERSCO) in collaboration with Kabaka Foundation have commissioned a smart laboratory to help with Information Technology based learning on campus.
The project is the first of the expected six labs including E-Libraries to help make teaching and learning smart and efficient and improve the academic performance of the school among their contemporaries.

The lab was commissioned as part of a number of projects dubbed the legacy projects to commemorate the 65th anniversary of the school.


The theme was aimed at empowering students of the school and moving them into technological advancement as part of the fourth industrial revolution.


The Board Chair of PERSCO, Nana Owiredu Wadie I, who doubles as the Nkosuohene of Kwahu-Nkwatia and the Chairman of the KABAKA Foundation in his address, urged all stakeholders to join forces to help meet the needs of new the industrial revolution as the school celebrates its anniversary.

The Eastern Regional Minister, Seth Kwame Acheampong who is also an alumnus added that education is the bedrock for development and economic growth, hence the need to support it.


As the guest speaker for the occasion, Daasebre Nana Kwaku Boateng III, the Omanhene of New Juaben Traditional Area who is also an alumnus eulogised his Alma Mata for the achievements over the years.