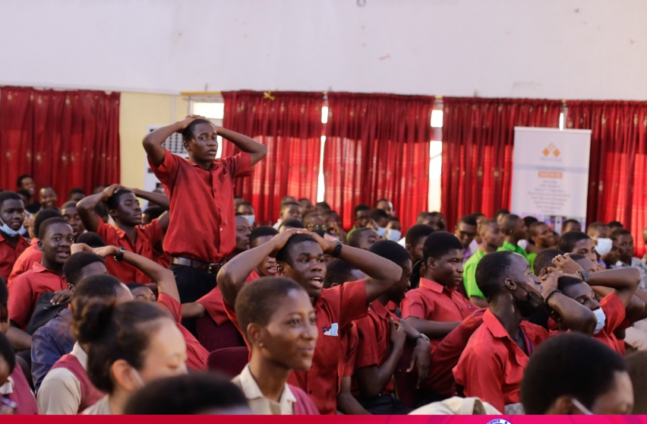 Prempeh College will have a chance to defend the National Science and Maths Quiz (NSMQ) trophy in the grand finale after their victory in the first semifinal contest.

They now stand a chance of equalling two records set by Presec Legon; that is winning the trophy back-to-back and winning it for the sixth time.


But they would not have it easy, with Presec Legon themselves gunning for a spot in the final in a later contest.

Mfantsipim’s run comes to an end. Their hopes of a third title are dashed, in favour of the reigning champions.


But the impressive school in the Sunday morning contest is Presby SHS, Abetifi.


They beat all expectations and cut down giants to reach the semifinals and came close to upsetting Prempeh College.


The scores at the end of five rounds stood at Prempeh College with 49 points, Abetifi Presby came second with 43 points and Mfantsipim School came last with 41 points.

Meanwhile, St James Sem, Kumasi High School and Presec Legon will compete for a slot in the finale at 12 pm.

DISCLAIMER: The Views, Comments, Opinions, Contributions and Statements made by Readers and Contributors on this platform do not necessarily represent the views or policy of Multimedia Group Limited.