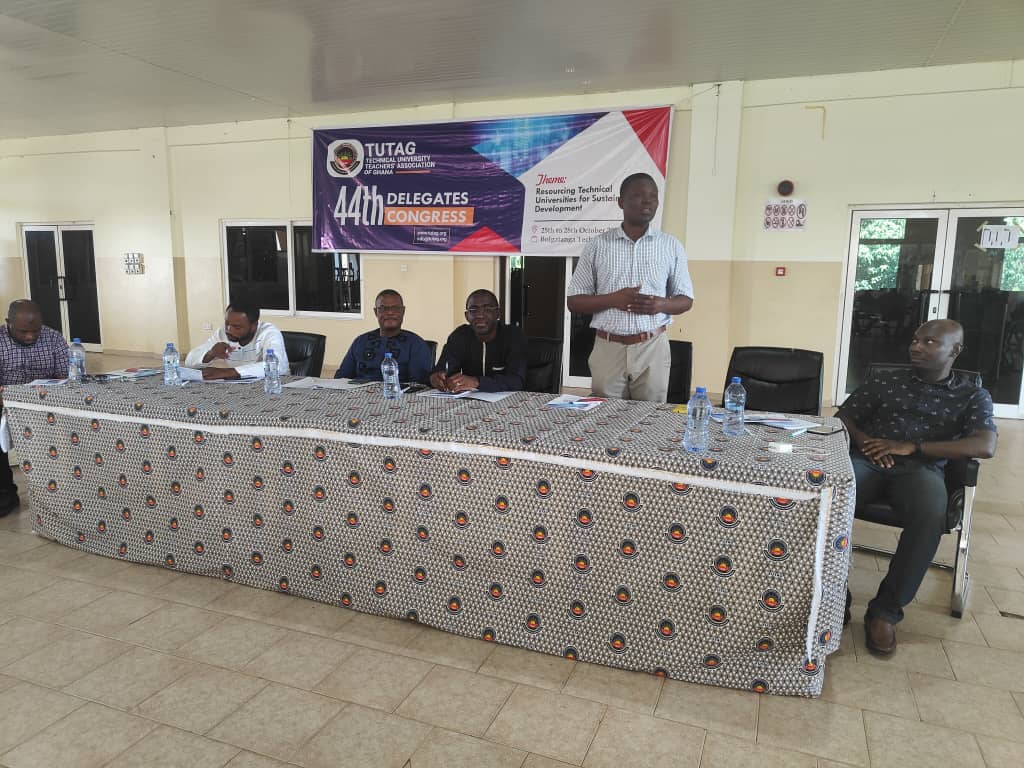 Members of the Technical University Teachers Association of Ghana (TUTAG) at the end of its 44th congress at Bolgatanga between October 25-28, 2022, have urged Ghanaians to patronise technical university programmes to help change the structure of the local economy and reverse its downward trend.
TUTAG in a six-point communique issued on Monday said it was time to redirect the Ghanaian educational system on the path of Technical and Vocational Education and Training (TVET) to end graduate unemployment and create more jobs.

The four-day congress which was on the theme: “Resourcing technical universities for sustainable development,” also cautioned the government not to touch its Tier-2 Pension Fund.


The communique reiterated that the welfare of every employee was such a sensitive issue that needed to be guarded with tact and care.

“Upon the implementation of the three-tier pension scheme, TUTAG as a union had to contend with the government for years just to get it to transfer the Tier-2 funds to the appointed fund managers,” the communique said.

“Considering the current economic conditions in the country, TUTAG would like to issue a word of caution that government can explore other means of restoring the economy back on track but should desist from all attempts to meddle with the pension fund of members”.

TUTAG also said it supports the strike action by the University Teachers Association of Ghana (UTAG) and other unions. It said the government in 2021 unilaterally revised the duly negotiated conditions of service of university teachers.

“This clearly constitutes unfair labour practice and TUTAG wishes to urge the government to stick to the existing duly-negotiated conditions of service by applying the current ex-pump price to the payment of the other two items — vehicle maintenance and off-campus allowances”.

It warned that if after meeting with the National Labour Commission (NLC) on Wednesday, November 2, 2022, the issues in contention were not resolved TUTAG would be compelled to join the strike.

Members expressed their frustration about the long delay in the release of letters by the Finance Ministry to legitimise the new Internally Generated Fund-related conditions of service.


“Members were shocked that after almost a year since the government itemised 30 IGF-related conditions of service for local chapters to negotiate, the latter has refused to give approval to it,” it said.

At the congress, TUTAG members vehemently registered their displeasure in the long delays that characterise the payment of the Book and Research Allowances year in and year out.

Members recounted how the payment of these allowances have been delayed over the years by successive governments. TUTAG also rejected the current arrangement and urged the government to pay the allowances within the first half of the year.

Congress also deliberated on the deplorable conditions of infrastructure and other needed resources on the various TU campuses and called for them to be fully resourced.


It suggested that as a policy initiative, the government should give incentives to companies and organisations that offer attachment or internship opportunities to students.