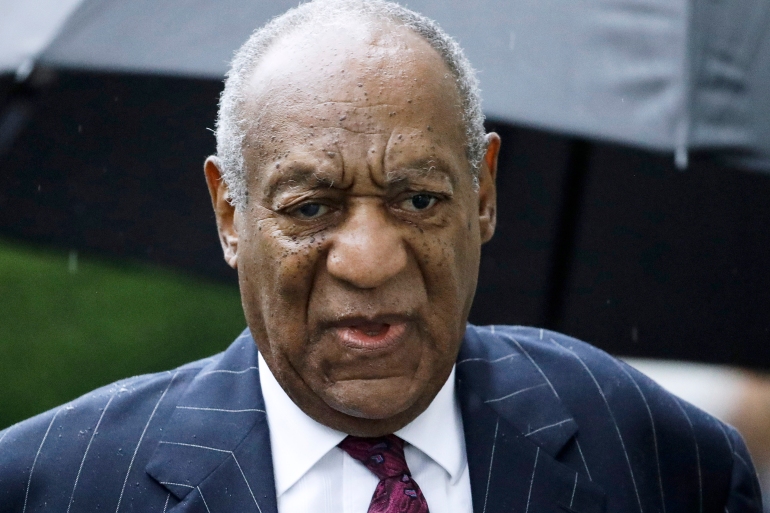 A jury in California has found comedian Bill Cosby sexually abused a 16-year-old girl at the Playboy Mansion in 1975.

“It’s been torture,” Huth said of the seven-year legal fight. “To be ripped apart, you know, thrown under the bus and backed over. This, to me, is such a big victory.”

Jurors found that Cosby intentionally caused harmful sexual contact with Huth, that he reasonably believed she was under 18, and that his conduct was driven by unnatural or abnormal sexual interest in a minor.

The decision is a significant legal defeat for the 84-year-old entertainer once hailed as America’s dad. It comes nearly a year after his Pennsylvania criminal conviction for sexual assault was thrown out and he was freed from prison. Huth’s lawsuit was one of the last remaining legal claims against him after his insurer settled many others against his will.

Cosby did not attend the trial or testify in person, but short clips from a 2015 video deposition were played for jurors, in which he denied any sexual contact with Huth. He continues to deny the allegation through his lawyer and publicist.


The comedian’s lawyers agreed that Cosby met Huth and her high school friend on a Southern California film set in April of 1975, then took them to the Playboy Mansion a few days later.

Huth’s friend Donna Samuelson, a key witness, took photos at the mansion of Huth and Cosby, which loomed large at the trial.

Huth testified that in a bedroom next to a games room where the three had been hanging out, Cosby attempted to put his hand down her pants, then exposed himself and forced her to perform a sex act.

Cosby’s lawyer Jennifer Bonjean challenged Huth’s account throughout the trial, including changes to the timeline.

Sign up for Al Jazeera
Americas Coverage Newsletter
US politics, Canada’s multiculturalism, South America’s geopolitical rise—we bring you the stories that matter.
E-mail address
Sign up
By signing up, you agree to our Privacy Policy
When the lawsuit was filed in December 2014, Huth said the incident occurred in 1974, when she was 15. However, she told jurors she had recently concluded that she had been mistaken about the year and believed it had actually happened a year later.

Cosby is best known for his role as the loveable husband and father in the 1980s television comedy series The Cosby Show.


But his family-friendly reputation was shattered after more than 50 women accused him of sexual assaults over nearly five decades.