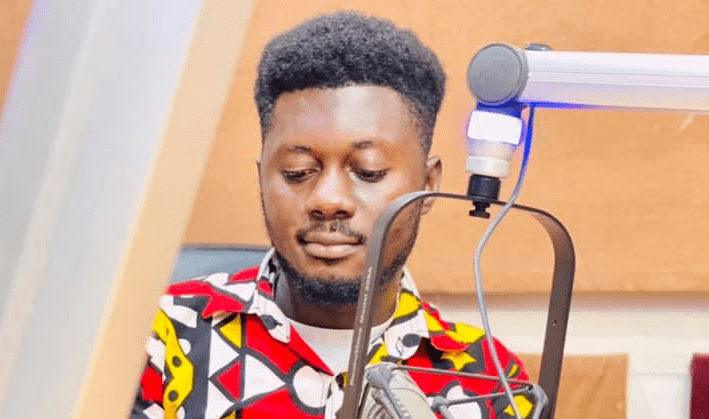 Police at the Bolgatanga District Police Station in the Upper East Region Wednesday, December 29, 2021, arrested a blogger and student journalist, Joseph Dumolga known by the Facebook username ‘Joe Elom Dumolga-Blogger’ for publications on Facebook about an ongoing beauty pageant in the region, Miss Upper East Ghana.

The HarmattanGh.com blogger who is also a student at Ghana Institute of Journalism (GIJ) was said to have been charged on the same day with the offence of ‘offensive conduct conducive to the breach of the peace’ contrary to section 207 of the Criminal and Other Offences Act, 1960 (Act 29).

His arrest follows a complaint lodged by organisers of the pageant, Ayelbis Events, at the police station. The organisers said the blogger constantly targeted them in his social media posts, and in many instances described them as ‘scammers’ among other things that in their view impugn criminality on their part.

The organisers confirmed they lodged the complaint and hoped the police facilitate a dialogue with the blogger to stop his conduct which they felt could inflame passion among patrons of the beauty pageant.

According to the organisers it was not their intention to have any criminal charges pressed against the blogger as it turned out.

The blogger was later granted bail and the complaint against him subsequently withdrawn after he was made to pull down the posts and rendered an apology to the organizers of the event.

What exactly were the blogger’s posts about?

Some of the posts sighted by 3news.com had the blogger accusing the organizers of failure to honour their promises to the winners of the previous edition of the event after one year. The winner for the previous edition was supposed to have enjoyed an all-expense paid trip to Dubai but it turned out that has not happened as yet. While the blogger interpreters this development to mean a failure on the part of the organisers, the organisers say such an interpretation is not true.

In another post, the blogger claims the prizes for this year’s event have not been made public because they failed to honour last year’s prizes. Again, the organizers have refuted this claim.

Yet another post had the blogger question the modus operandi of the event organizers, who according to him, have made artworks of the contestants and started soliciting for votes from the public without any public performances. He questions the basis on which the organisers want the people to vote.


The organizers say they will soon issue a release to address all the allegations that have been levelled against them, but for now, they say their focus to get this year’s edition done.

But information available to 3news.com is that there are ongoing negotiations to ‘compensate’ the previous winner for missing out on the promised Dubia trip.

Meanwhile, the grand finale for this year’s edition of the pageant is scheduled for Monday, January 3, at the GNAT Hall in Bolgatanga. Six finalists representing the some districts in the region are expected to battle it out for the ultimate. According to the organisers, the finalists – Sakina (Garu), Lamisi (Bawku Municipal), Berry (Talensi-District), Kiana (Bolga Central), Ndepoka (Bawku West District) and Yinime (Bolga East) – are ready to “display our beautiful rich culture and traditions”.


The winner, according to the organisers, will walk away with a Ten Thousand Ghana Cedis (GHS 10, 000) cash prize: Seven Thousand (GHS 7,000) cash and Three Thousand (GHS 3,000) start-up cash for her project. She will also get a five-star treat, a trophy, a tabletop fridge, blender, toaster, rice cooker, kettle, and an iron.

The first runner-up will get a laptop, Two Thousand (GHS 2,000) start-up cash for her project, and souvenirs from sponsors.

The second runner-up gets a 42 inch Flat Screen Television set, One Thousand (GHS 1, 000) Cash for her project, and souvenirs from sponsors.

There are also prizes for the 3rd and 4th runners-up.