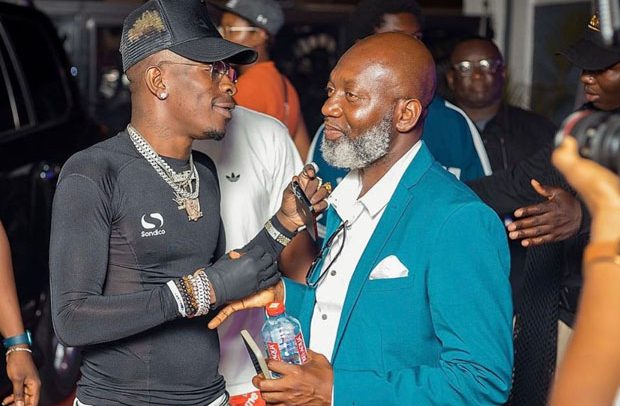 The lavish party was held at the Glass House in Accra, last Monday.

The musician spent the special day with his close friends including Medikal, invited members of the Shatta Movement team, and loved ones.

Shatta Wale received a brand new customized Range Rover from Stuncust Automobile, a car company based in Accra as a special gift on his birthday.

As part of his birthday gift to the fans, Shatta Wale released one track titled “Cash Out” off his much-anticipated “Gift Of God” album.

In a Tweet sighted by Beatwaves, the Dancehall act wrote MY BIRTHDAY GIFT TO ALL MY FANS ACROSS THE WORLD. I LOVE YOU ALL #CASHOUT IS HERE !! #GOGALBUM2022 IS HERE !! #JESUS”.

The song after its release has geared 200K streams on YouTube,150K on Boomplay, and Audiomack 110K streams.

The Cash Out track is currently number 29 on Apple Music Chart after its release.