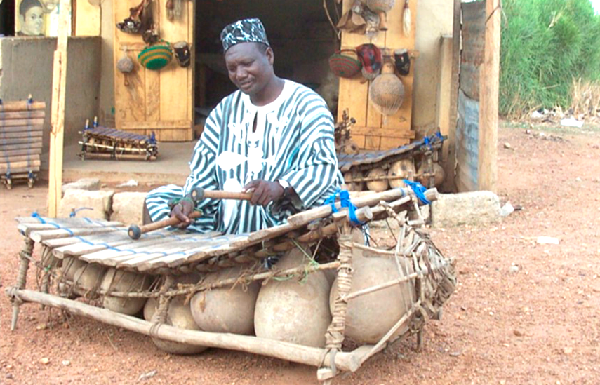 The Upper West Regional Director of the Ghana Tourism Authority (GTA), Moses Ndebugri, has said more tourists can be attracted to the area because it is socio-politically and economically stable.
Mr Ndebugri, who added that potential travellers always looked for stable areas when making their travel plans, was answering questions from citizens at an orientation and training workshop for stakeholders in the tourism sector last Monday.

The day’s training workshop which was on the new Legislative Instrument (LI 2393) that will regulate the operations of tourist sites in Wa attracted traditional authorities, opinion leaders, security personnel, as well as participants from the tourism and hospitality industry, media, the Centre for National Culture, assembly members, heads of department and lecturers.


It was organised by the GTA under the auspices of the Ministry of Tourism, Arts and Culture to elicit their views and share knowledge on how to develop and boost the tourism potential in the region.

The LI 2393 passed in 2019 has mandated the GTA to make all tourist sites safe and attractive to enhance the drive to make the sector a major employer and revenue generator.


The region, regarded as the home of the xylophone and other musical instruments, also has tourist attractions such as slave trade sites and wildlife, captivating architecture and scenic areas that need to be promoted.

It lies within the Savanna and is bounded by Burkina Faso in the north and in the east and south by the Upper East and Northern regions respectively. Languages spoken are Sissala, Dagaare, Brifo, Wali and Lobi.

The major routes of the trans-Saharan trade converge on the region, while Islam is the religion mostly practised in the towns. The regional capital, Wa, is dotted with mosques, including the ancient Sudanese mosques at Nakore and Dondoli.

Mr Ndebugri emphasised that there was the need to take proper care of the environment to protect the various tourist sites, asking, “If the environment continues to be massively degraded, what is the future of the tourist sites in the country?”
Historical places that are of considerable interest to tourists in the region include the remnant of the Slave Defence Wall at Gwollu, 70 kilometres north of Wa. “One of the many relics of the 300-year-old slave trade, the wall, was built by Kuoro Limann to defend the natives against slave raiders,” Mr Ndebugri said.

Wechiau Hippo Sanctuary is one of the region’s many attractions

The traditional cuisine consists of various types of dishes such as tumpani, kpogulu and most prominently tuo zafi with either bheri jieri, yogi vaari or kpunkpun vaari soup. In addition, the locally brewed drink, pito, is suitable at all times and for all manner of people.


Tourism, Mr Ndebugri said, had the capacity to improve the livelihoods of the local people as a result of the major festivals, including Dumba, Kobine, Kakube and Paragbiele, while a variety of traditional dance and music abounded.

The region, he said, was also home to a variety of craft that included spinning, weaving and smock designing, blacksmithing, pottery and carving.

Mr Ndebugri appealed for more investment in the social amenities and infrastructural facilities such as tarred roads since that would open up eco-tourist attractions like the Wa Naa’s Palace, Gwollu Slave Defence Wall, Wechiau Hippo Sanctuary and the Gbele Resource Reserve.


He described the Wechiau Hippo Sanctuary as a unique community-based project and a haven for hippopotamus, reptiles and birds. The sanctuary, located in the north-east corner of the region, protects and preserves the environment of a 40-kilometre stretch of the Black Volta River.

Mr Ndebugri said, “There is the need for effective collaboration among the stakeholders to assist in the conservation of the forest and animals and preserve the sites for tourism development.”

A Communication Expert at the Ghana Tourism Development Project (GTDP), Tanko Zakaria Musah, said the government promulgated L.I. 2393 to integrate it into the national development programme.

He said the move was to focus on developing the tourism sector as part of plans to diversify the economy away from traditional industries such as the gold, cocoa and oil industries on which it relied heavily. Mr Musah added that the idea was to encourage, develop and get Ghana involved in tourism development.

To boost the attraction of the sites, the Director in charge of Standards and Quality Assurance, Alex Boakye, called for the employment of well-trained personnel to provide the requisite services to tourists visiting the sites.

“A governing body of a tourist site shall include at least one representative of the GTA, MMDAs and traditional authority who will manage the site in accordance with international best practices and existing conventions,” he said.

A Director in charge of Research, Monitoring and Evaluation (RME), Spencer Doku, advised that all sites be registered with the GTA and their licences renewed annually.

To attract investors to the sector, he also asked them to be creative enough by undertaking aggressive promotion and displaying their unique cultural values to make their clients enjoy their stay, take data records very seriously and submit their financial statements promptly.