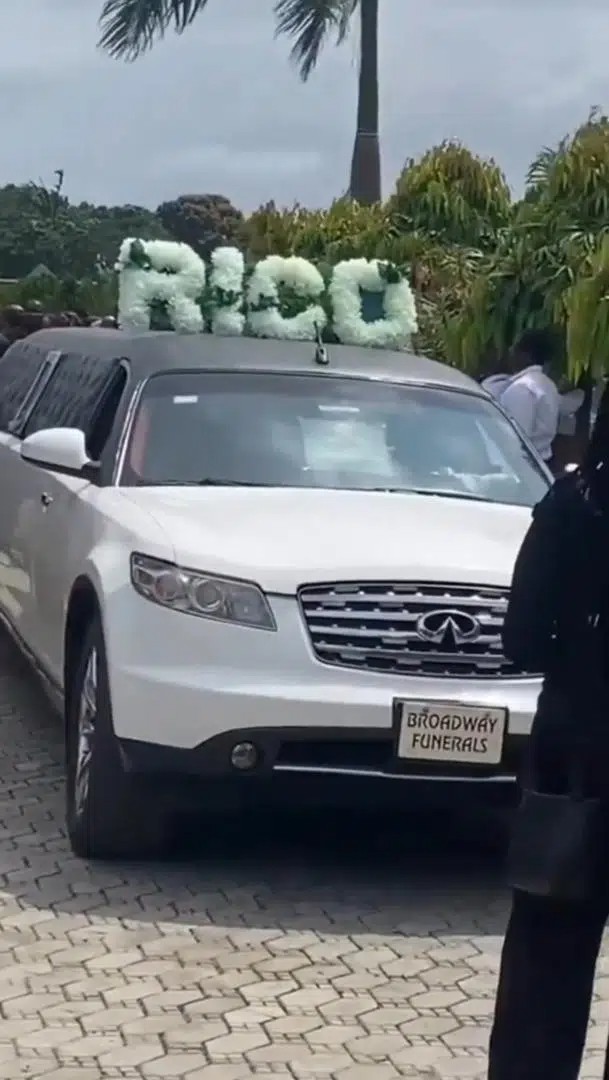 The family of former Big Brother Naija star Rico Swavey, on Thursday, laid him to rest in Lagos.

The star, born Patrick Fakoya, was buried following a funeral service at the Methodist Church of the Trinity, Tinubu Square, attended by close friends and family.

Prior to the burial, the family of the deceased held a candlelight service attended by former stars of the BBNaija reality show and the general public.


Some guests captured by the camera could not hold back their tears as they mourned the late star who died following a car accident.


Rico was involved in a ghastly motor accident on Tuesday. The bad news was conveyed by his fellow Big Brother Naija season 3 ex-housemate, Alex Unusual.

Alex made this known via her Twitter page. She explained that Rico Swavey was still being revived when she left the hospital.

She urged the public to remember Rico in their prayers because of his precarious situation.


Details of what caused the accident and where it happened are yet to be known. But a video of Rico’s car shows the extent of damage to the vehicle. The front of the vehicle was bashed in, and the windshield shattered.


Meanwhile, the authorities in Lagos say they are investigating the conduct of nurses at a private Nigerian hospital after videos emerged of them filming Ex-BBNaija star Rico Swavey who was brought in for emergency care.

In videos that were posted on social media, the nurses filmed Rico Swavey, whose real name was Patrick Fakoya, as he lay unconscious on a chair where he had been propped up.


The video of his final moments outraged many who said that the TV star had been neglected at the hospital.

Gbenga Omotosho, Lagos state commissioner of information, told the BBC that the hospital risked being shut down by the government after investigation has been concluded.

Rico Swavey became a reality TV star and ex-BBnaija housemate by default. Moreover, he ventured into the Nigerian movie industry, known as Nollywood.


Known for his role in the “Life 101” drama series, Rico, two years ago released a song titled” Afrosantana.”

He had a good music and movie career in his lifetime.