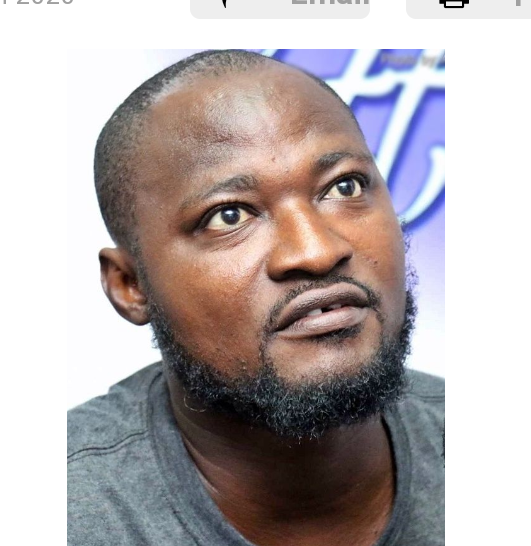 Music Producer, Appiah Dankwah popularly known as Appietus has called on entertainment players in the country to provide a psychotherapy to comic actor Funny Face.

Appietus cautioned that Funny Face’s recent hysteria shouldn’t be taken lightly because the actor is going thorugh an emotional trauma due to the absence of his twin children.

Funny Face, a day ago, took to his social media platforms issuing a strict warning to his baby mama who has taken away the children to return them or face his wrath.

He whined that the baby mama is incapable to take good care of the children.

Before Funny Face went berserk on social media, he had granted an interview on GH One TV where he tearfully sent a message to his twin children, telling them how he loves them and lamented about the fact that he may not live to see them again.

In a series of videos posted on his Instagram, it is apparent that the comic actor is dealing with a lot emotionally and, according to Appietus, he (Funny Face) needs encouragement from the industry players.

He feared the worst might happen saying such trauma could cause a person to commit suicide.

He believed having regular personal interactions with Funny Face and empathizing with him will help to heal him.

”Do you know what happens for people to commit suicide?” he asked, stressing ”we should constantly check on our brother”.

”When they can’t take, then they make mistakes. We will come here and talk but Funny Face lives in his home alone…We have to be very careful because it is something that’s pushing Funny Face to go out there talking and talking. But if he had somebody to pour out to; somebody who will listen to him, advise him…are we going to go him constantly? Are we going to call him everyday, check on him? Maybe he had someone to talk to, he wouldn’t put his stuff on air like that but because he has nobody with him, when the frustration becomes too huge to bear, he needs to pour some of the heat out”, he further told host Halifax Ansah-Addo on Okay FM’s ”Best Entertainment’ show.