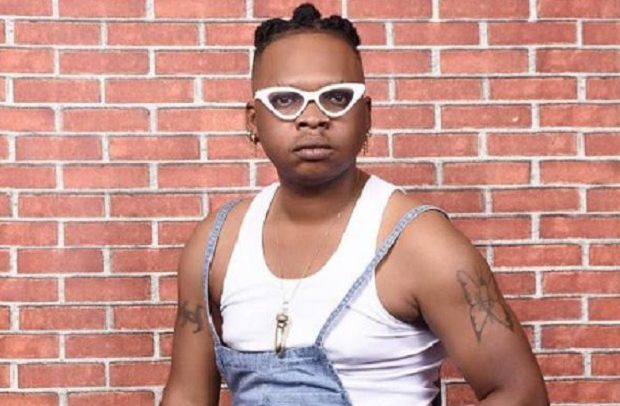 Social media sensation Nana Tornado has responded to widespread allegations that he is gay.

He says he is not gay. He is a straight man with a 15-year-old daughter. He loves women.

According to him, it is his association with gays and weird fashion sense which includes polishing his nails with bright colours that have contributed to the perception that he is gay.

“I am not the only man in Ghana who wears nail polish. People have weird fashion sense but they make noise when I do the same. I went to the National Theater with my 15-year-old daughter, the videos are there. Do gays have babies,” he said.

“Gays don’t have babies, gays don’t marry their genders. I am not gay. Men have proposed to me, a lot of them. Let me tell you, I have a lot of gay friends in America…it is only in Ghana that presenters ask about someone’s sexuality…I owe no one an explanation,” Tornado added in an interview on Original TV.

“It doesn’t concern you if truly I am gay. They are even better than those you see in the church…I have a lot of gay friends, I go to gay clubs in America. There is nothing wrong. Why shouldn’t I feel comfortable associating with gays?.. I don’t care, I know who I am.”

The socialite also talked about the qualities he loves in his woman.

“Call Ayisha Modi, she will confess to you that I love slim women. Those are my spec, slim cute,” he noted.

“I am not married, I had somebody in my life. We were expected to get married last year but my numerous business travels didn’t permit us. She is a Zimbabwean but lives in South Africa. She is not happy about the development but if we are not able to resolve the issue, that is fine. We talk, and her mother is pressurizing her to have a child…our relationship is 50/50…I wanna have more babies, it is not necessarily about marriage,” the actor noted.