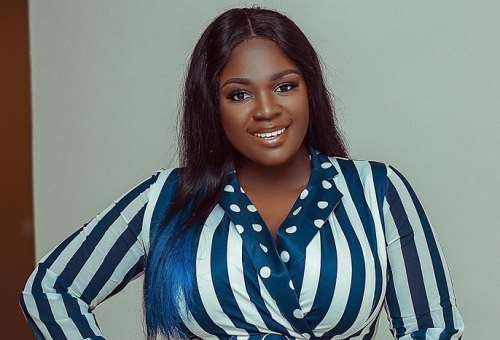 Actress and socialite, Tracey Boakye has opened up about how she wants to settle down as a married woman.

The 30-year-old businesswoman who has two children believes that her ultimate goal at the moment is to settle down as a wife.

Tracey Boakye’s son is believed to be the son of popular football icon Yahya Mohamed whiles her daughter’s father has remained a mystery to curious netizens.


Though her actual lover is yet to be revealed, the actress has adopted the name, ‘Hisonlychick’ which she says was given to her by her unnamed lover.

She is recalled to have said in a few interviews that her mystery lover is highly respected and influential, an explanation many have concluded makes the man a political figure.

Appearing as a guest on the recent edition of the celebrity profiling TV show, ‘Atuu’, the actress said her only wish is to settle down permanently.

This she said will help her abstain from fornication.

“What else again do I want in this world? I have acquired all it takes to live a successful life. The only thing left is for me to get married so I can stop fornicating,” she said.