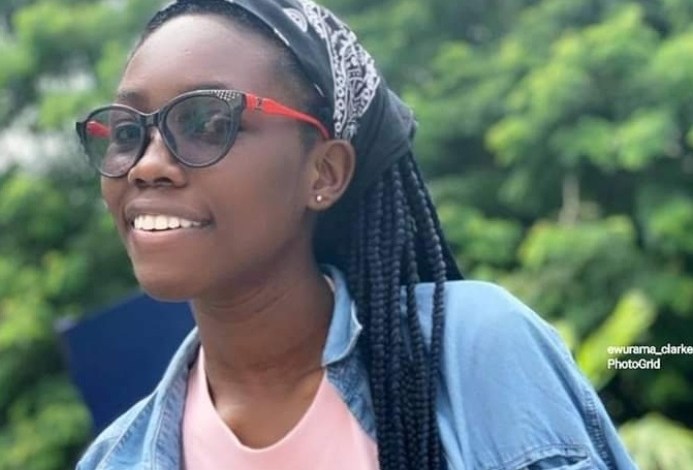 TikTok star, Jackline Mensah has suggested that being funny comes to her naturally and she doesn’t have to do much to make one laugh.

Speaking on Atinka TV, she disclosed that she now considers “fooling” as her calling.

“I now take fooling as a calling. Naturally, even if you are a teacher or whoever you are if you made a mistake my expressions will just give you out. It’s not like it’s intentional but that was how it started. So if anyone comes to class or any teacher comes to class and there is a small fault everyone will turn to look at my face and if I just drop something, the entire class will be laughing. Also, my aunties like to tease a lot,” she noted.

She was speaking about her upcoming movie, Fifty-Fifty which is set to premiere on May 21 at the Silverbird Cinemas when she made the statement.

This was after she was asked about her decision to take up such a career path.

Jackline rose to fame after posting videos of herself mimicking Ghanaian celebrities including the controversial dancehall act, Shatta Wale.

Her near perfection in mimicking the stars has drawn her a huge following on Tik-Tok and Instagram. She subsequently became the first Ghanaian to reach 1 million followers with a verified profile.

She has since gone on to be a brand influencer, leading promotions for major brands. Gradually, she has endeared herself to the mainstream film industry and is now being featured alongside the big names there.

According to her, one of the traits that get her to be more fun is teasing or making fun of people. She doesn’t script her funny videos on social media except for those that are commercial.