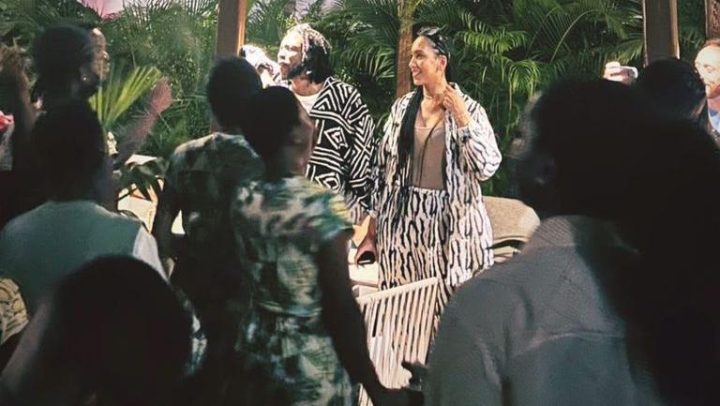 American rapper, Kendrick Lamar is currently in Ghana for a documentary ahead of the release of his upcoming album, Mr Morale & The Big Steppers.
A photo of the rapper at a Ghanaian restaurant called Kozo has since gone viral.


Earlier reports say that he is shooting a documentary series in the country and would also hold a private album listening for his album.
In April Kendrick Lamar tweeted a new link to his Oklahoma website announcing the release date for his much-anticipated album.
On the site, the rapper revealed his new album’s title and release date: Mr Morale & The Big Steppers will be out Friday, May 13.
The new project comes just two days after Lamar revealed the solemn album cover via Instagram on Wednesday. Taken by photographer Renell Medrano, the cover gained support from fellow musicians Kehlani, Eric Bellinger, and Roddy Ricch; producers MixedByAli and Mike Will Made-It, actors Yara Shahidi and Keith Powers along with many more who liked and commented on the post.