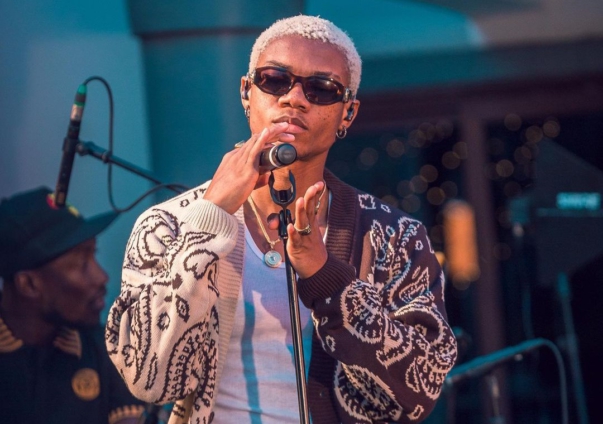 Musician KiDi has apologised to his fans at the University of Cape Coast (UCC) for his inability to perform during their school’s SRC week activities because of a technical challenge.

In a post on his Instagram, the ‘Touch It’ hitmaker stated that he looked forward to entertaining students at the event but he could not make that happen with a faulty system.

“Sorry UCC, I waited for 3 hours for the problem to be solved, I really wanted to give you guys a show, I couldn’t do that with a dysfunctional sound system. Thank you for the love still,” KiDi wrote.


The singer had been billed to perform on Saturday night. However, upon mounting the stage and with students cheering him on while excitingly waiting for his performance, the microphone malfunctioned.


In a viral video on Twitter, KiDi could be seen testing the microphone several times but the feedback and sound echoes from the microphone were poor which made it impossible for the musician to perform.


He eventually left the stage without performing. Social media users called out the school for such a disappointing display.