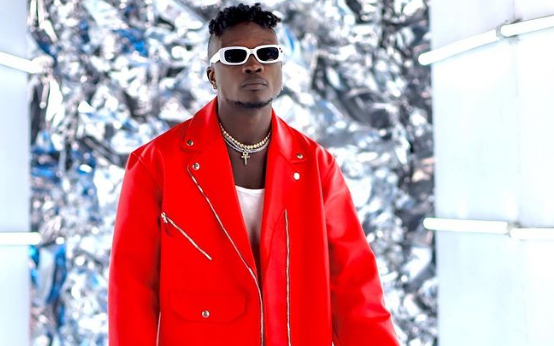 When Kumerica hit the country a couple of years ago, it was greeted with so much zeal and excitement but in recent times, the movement seems to be gradually dying out.
It was huge, permeating everywhere, talk of paraphernalia, attitude and its biggest offshoot Kumerica music which unearthed fresh talents from the Ashanti Region who shook the very foundation of our music industry.

The music style, described as Drill, became the in thing, even attracting international stars such as UK’s Stormzy and Kenyan’s Kaligraph Jones respectively featuring Kumericans Yaw Tog and Kofi Jamar.


Graphic Showbiz spoke to a number of industry players who are all of the opinion that the once vibrant movement has lost its steam.

According to Ola Micheal, host of Entertainment GH on Neat FM, “I was part of the people who were excited about it and pushing it. I think it was a good thing. It came during the COVID-19 period when everybody was idle and at home; it brought a lot of excitement. The noise, the excitement, the euphoria and everything is gone but it’s been able to also generate a handful of new talents and celebs in their own rights so it’s a great thing but it is not as vibrant as we expected it to be. Two years on, we expected it to be very strong but now it is slow.”

Asked what he thinks can be done to bring Kumerica back to life, he said: “Honestly, it is a Ghanaian culture thing; we are unable to sustain things for long. I think they could have positioned it well and made it a pillar that they all rally around to push it. It got to a point when everybody was doing his or her own thing and that is what brought the division so if they really want to get it back, they have to restructure it. We all have to rally around no matter where you come from”.


For his part, movie producer Socrate Safo said Kumerica music was really a good thing. “Once it was promoting something positive and not bringing about crime, then it was really good. What I know is that most of those guys were loitering around Kejetia so coming together to do the Kumerica movement was a good thing that took them away from all those vices. That is the information I have,” he said.

“I have also noticed that it has gone down in recent times. It seems some of them separated because greed set in. Individuals such as Kwaku Darlington and the others went solo and did well but as a group, they had issues because everybody was trying to use it for their own business.

For music producer Appiah Dankwa (popularly known as Appietus), “Kumerica is like any other genre or style of music that has come up. We came from Highlife to Hiplife to Azonto to Alkaida to Armapiano and Kumerica, so we keep going. In Ghana, we always bring flavour, so it is no news. It is something that has been happening since my career started. In Ghana, we always look for new things. I don’t know why. American HipHop and Jamaican Reggae have been there since time immemorial; they haven’t changed. Even Nigerians took hold of Afropop and they have held on to it, but Ghana is always trying to change and I don’t know why.”

Asked if Kumerica music could bounce back, Appietus said: “I doubt if they will be able to do so because we tried to bring Azonto back and it didn’t work so that is what it is,” he concluded.

Kumerican artiste Kofi Jamar is, however, upbeat about the music style, saying it is still on but has naturally slowed down.


“Kumerica is not dead, it is still giving a chance to many Kumasi artistes to shine. Nothing stays the same, it goes through a cycle. Yes, it is not out there like it used to be but it has done a lot for the music industry. We shouldn’t focus on it not being bubbly anymore but on the positive impact it has had on our industry”, he stated.