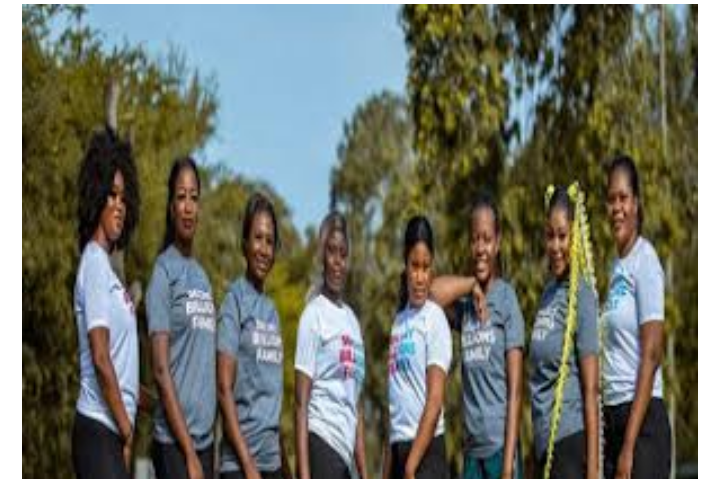 Turn up the fun at your wedding, Secret Billions style. This is the story of the all-girls group that has gained social media attention for its display at weddings and other parties.

The group, made up of over a hundred women mainly in Accra, attend weddings of strangers at a fee and, in their own words, add colour to your event.

Some of their videos have been watched nearly two hundred times on Facebook alone, and they have received calls from people as far as the United States asking them to come and perform at their events.

“When we come to your wedding, we make it sweet. We make it different. It would be different from all the other weddings,” says Fatimatu Alhassan, who, with three other friends, founded the group ten years ago in Ashaiman.

Fatimatu herself is a petty trader, but now, her stuff with the Secret Billions Family has moved her into an overnight internet personality with thousands of followers on Instagram and Snapchat.
The group has grown with over 300 members in branches in East Legon, Kumasi, Koforidua, Kasoa.

“We receive calls every day. Senegal, Kenya, South Africa. We have even had people from the United States call us because they saw our video,” she says.

What makes this group interesting to watch, is the unique jargon and chants they have developed among themselves.
Aside from being fun-loving. You do not need any qualifications to join secret Billions. Some of the ladies are unemployed, others too run small businesses.

Secret Billions get contacted to come and perform their unique incantations and jargons at events. They turn up wearing costumes prescribed by the celebrants. They have travelled across Ghana performing at weddings, birthdays etc.

“People like our terms. Whenever we finish performing, people come to us and ask how we do it,” she says.
The group invited me to come along as they went to perform at a friend’s wedding in Dansoman, Accra.
For this wedding, they had been given blue, yellow, and white costumes, which was the event’s theme colour.

They spent two weeks getting their measurements taken, practising their choreography, and planning their order of performance.
“This is our first Christian wedding in a long time. So many of our videos on social media show us at Islamic weddings so people think we only perform Islamic weddings, and so we are turning up in grand style,” says Barbara Wesson, who speaks for the group.

Social media popularity has turned some of them into overnight celebrities as people make them out easily.
“All the people who live in my area call me Secret Billions. They don’t even call me by my name all because I am a member of this group.
Looking into the future, the group says they want to travel the world and go into humanitarian activities.
For some of the ladies, going out and meeting new people at random events has boosted their confidence and connected them to opportunities.

“I used to be shy. I was never someone who liked going out, but now, because of this thing that we do, I can go out and be confident,” says Ayisha Muhammed Issaka, who says she is currently unemployed.
So the next time you think about bringing your party alive, you may want to think about Ashaiman’s Secret Billions Family.