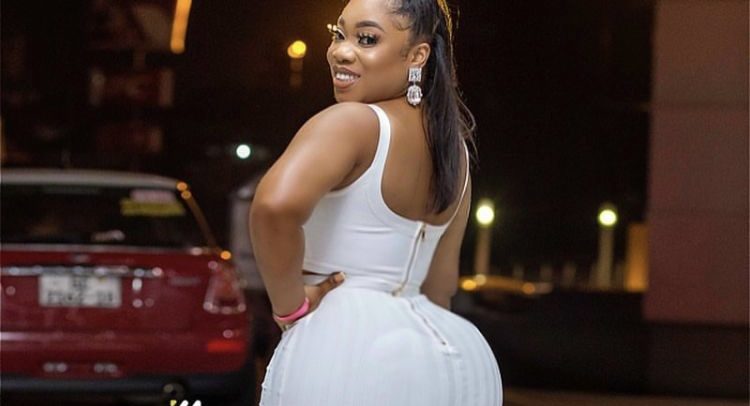 Socialite turned born again Christian, Moesha Boduong has responded to allegations by her assistant, Samuel Nelson after reports about her giving her life to Jesus Christ had gone viral.

In July 2021, an audio leak purported to be that of Nelson in a phone conversation with actress Salma Mumin made several allegations including claims that Moesha dashed out a chunk of her money and even burnt her GHC50,000 to ashes.
“Do you know Moesha burnt over GHC50000 to ashes,” he disclosed in the audio?
According to him, Moesha was influenced to burn the money by her pastor.
“I went to the VGMAs and because it was Mona’s birthday I went to Twist Night Club. When I came back home I saw ashes in the kitchen I asked the stepmother what happened and she said the pastors came. She was like I don’t know how to say this…Moesha burnt over GHC5000,” he alleged.
Nelson further alleged that the church influenced Moesha to give out her other properties indicating that they took monies from her because she was told she needed to give out her “blood money”
“She was to go to Nigeria to see her senator boyfriend and she missed her flight. So she was calling him on video and she saw the man with blood all over him like occult stuff. The man call her and told her not to tell anyone but Moesha can’t keep her mouth shut….I told Moesha you have come to church, let the pastor rather see something and tell you, if you tell them it is like you are rather giving them information and they will stand on that. That was ehen they started asking for $2000 and she stood up. After that she was still giving them money; $3000, $2000,” he alleged.
“The money in your account is blood money give out the money they keep telling her and she drained all the money in her dollar account,” he added
But Moesha in an interview with Peacefmonline denied all that was said in Nelson’s audio. She said it was a lie.
“All that Nelson said were fabricated stories and I would personally invite him to an interview and make him publicly confess to the general public. I am never all that my PA said about me. I only accept the story about Salma because …she openly fought me online for the whole world to see. God is king.”