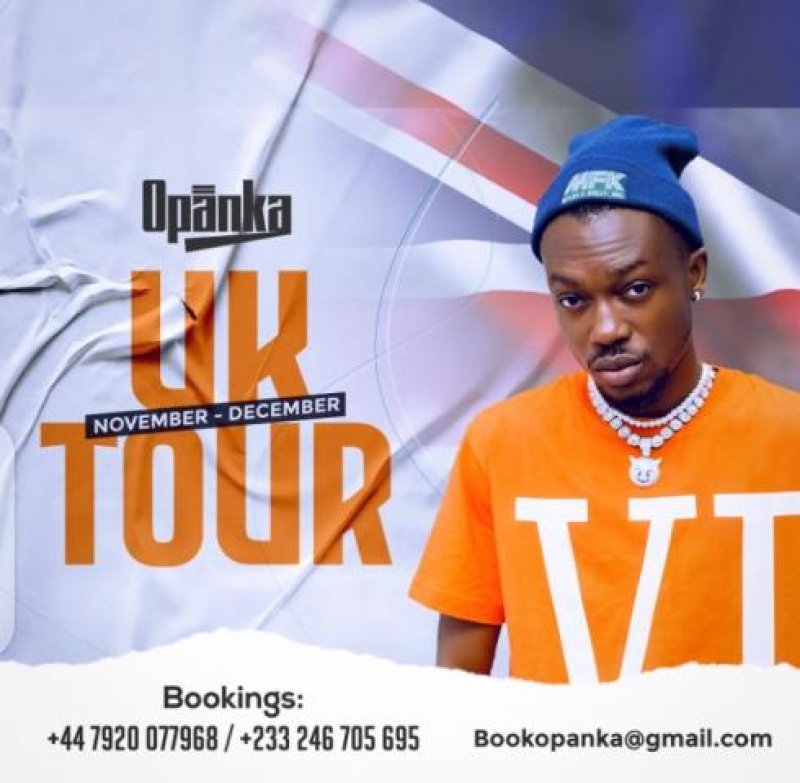 Ghanaian rapper Opanka is set to commence his tour of the United Kingdom (UK) in November.

The tour titled “Opanka UK Invasion” is part of the preparations by the award-winning rapper who is set to release a ground-breaking single titled “Weekend” later in October.

Opanka in an interview was delighted with his upcoming tour as he looks to connect with his fan base in the UK.

“I am very delighted about this tour because last year all foreign gigs had to be cancelled due to Coronavirus pandemic.

“It was a massive blow for all musicians but with things returning to normal, I would be embarking on some tours to connect more with my fans outside.

“I am available for bookings and event organizers can contact me for some thrilling live performances,” he said.