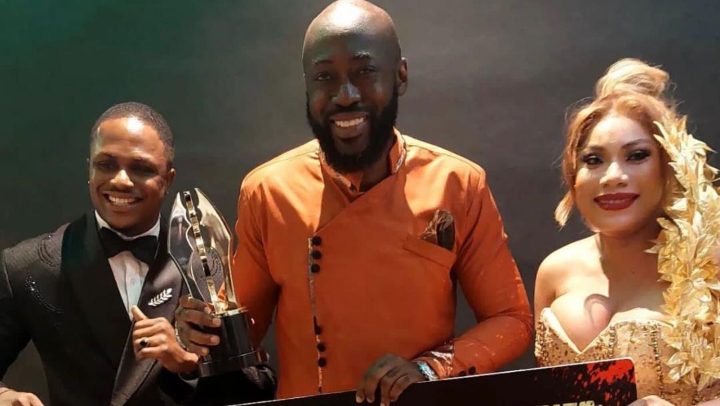 Movie director, Pascal Aka has made Ghana proud after winning at the 2022 Africa Movie Viewers Choice Awards (AMVCA) in Nigeria.
He won Best Soundtrack at the award ceremony with the movie Gold Coast Lounge.


Earlier reports say he is the only Ghanaian winner at the ceremony.
The AMVCA, which was held at the Eko Hotels, Victoria Island in Lagos, was hosted by IK Osakioduwa and South Africa’s Bonang Matheba.
Nigerian actress, Osas Ighodaro won the Best Dressed Female at the event, while Best Dressed Male was Denola Grey, each going home with a cash prize of N500,000.
Funke Akindele, who bagged nine nominations, won Best Actress in a comedy, while Broda Shaggi won Best Actor.
Producer and actress, Teniola Aladese won the Trailblazer award with a cash prize of one million naira, and also an extra gift of $2,000 from the Hollywood star, Tasha Smith.
This year’s award has a new category- ‘Best social media content creator’, which was won by ‘Oga Sabinus’.
Best Director went to Ramsey Nouah for the movie The Rattlesnake.
Ghanaian actress Zynnell Zuh was among the Ghanaian creatives who attended the ceremony on Saturday.