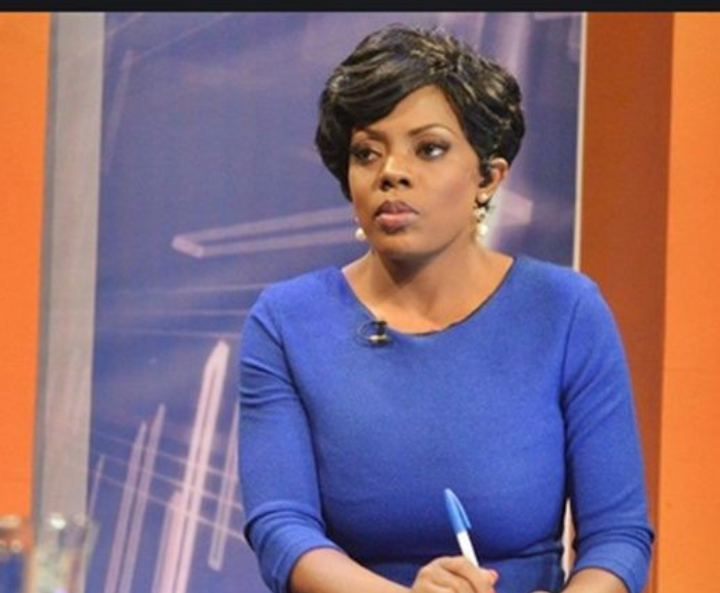 The Acting General Manager of GHOne TV, Nana Aba Anamoah has on behalf of EIB Network rendered an unqualified apology to Ghanaians for showing a pornographic video on their late night programme, Duvet.

A few hours after the show was aired, she took to Twitter to say “GHone TV wishes to sincerely apologise to its cherished viewers on the unfortunate turn of events regarding your favourite late night programme, DUVET, a few hours ago. Even though the show is x-rated, we concede that the nature of the content tonight was inappropriate”.

Pleading with the general public to forgive them, the ‘grammar queen’ also noted that persons responsible for the unfortunate incident would be sanctioned accordingly.

“Whilst we promise that this incident will not repeat itself, we will also ensure that the officers responsible for the mishap are sanctioned. Kindly accept our apology, with any inconvenience caused, deeply regretted”.

On yesterday’s edition, while advising couples to try new sex positions, they played a pornographic film with very obscene scenes to illustrate graphically how couples can spice up their relationships.

The said video got mixed reactions from viewers and the general public.

Some Tweets alleged that the station deliberately snubbed President Akufo-Addo’s Coronavirus address to the nation which was occurring at about the same time to show the X-rated content.

Reacting to this, Nana Aba Anamoah stated that the president’s 6th address to the nation on the measures taken to prevent the spread of coronavirus was duly aired.

Currently, GHOne TV is number one in Ghana on Twitter trends.