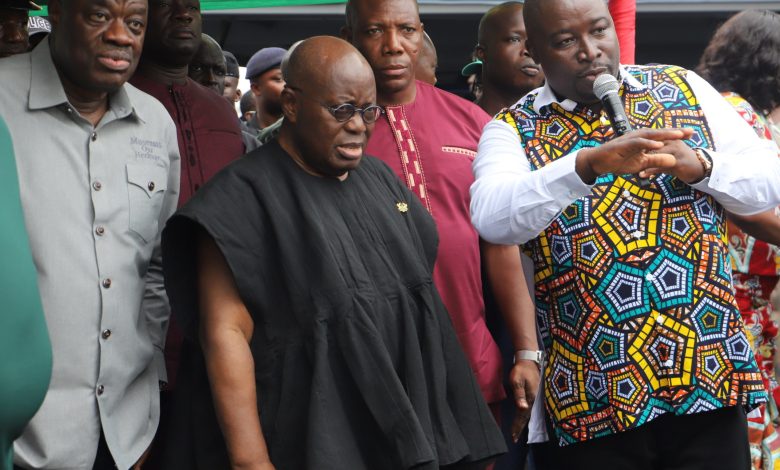 President Akufo-Addo has charged the Ministry of Tourism, Arts and Culture, to set for itself a target of two million tourist arrivals in Ghana by the year 2024, with a matching revenue of four billion United States dollars.

Tourism, arts and culture, according to President Akufo-Addo, “are effective tools for economic transformation” and Ghana, he says “can benefit from this because we possess a significant number of heritage resources”.


In his guest of honour speech at the commissioning of the newly renovated national museum at Adabraka in Accra, on Friday 10 June 2022, President Akufo-Addo, indicated that “Ghana has 65% percent of the edifices linked with the Trans-Atlantic slave trade” and “the oldest European edifice in Africa, the Elmina castle, built in 1482, is right here with us” in Ghana.

A view of part of the renovated National Museum
These and other tourists’ potentials in the country the president said, must “gives us a considerable advantage” to the country’s ability to attract tourists.

“With the tourism industry currently ranking as the third largest contributor to our GDP after cocoa and our hydro-carbon resources, government seeks to position the sector to contribute even more to the size our nation’s GDP”.

“I am throwing a challenge to the Ministry of tourism arts and culture and its implementing agencies to achieve 2 million international arrivals by the year 2024, with the corresponding revenue of some USD$ 4 billion” President Akufo-Addo said.

“The Tourism Ministry should further create some 150,000 jobs through its activities annually in line with my government’s objective of providing jobs for our young people” he added.

Some of the vehicles used by former Heads of States including Dr Kwame Nkrumah, on display at the National Museum
He further indicated that “the renovated museum is expected to attract not less than 120,000 visitors annually and create some 15,000 jobs”.

“The rapid development of our economy which we are rapidly striving to achieve in order to raise the living standards of the Ghanaian people to dignified levels has to go hand in hand with the flowering of our arts and culture which defines Ghana’s unique contribution to African and world civilization” the President said.

To this end, the President pointed out that his administration as part of efforts to boost the tourism sector to ensure that the target of 2 million arrivals is achieved, has set aside about 10 million dollars, as seed money, to refurbish existing tourist sites around the country to boost patronage.

“Government has committed 10 million United States dollars to rehabilitate and build a number of tourist and heritage attractions including the Kwame Nkrumah memorial park, the Cape Coast and Elmina castles, the Manhyia Palace museum, the Gbewaa Palace museum and the Yaa Asantewaa museum among others.

Minister responsible for Tourism, Arts and Culture, Mohammed Awal, in his brief address, assures the President and the People of Ghana that his Ministry has put in place a comprehensive financial model that will ensure that the national museum is never closed down again as a result of maintenance constrains.

Mohammed Awal, commended the Minister for Roads and Highways, Kwasi Amoako-Attah and the Minister for Finance, Ken Ofori-Atta, for supporting the agenda of his ministry and government, aimed at improving the nation’s tourism sector.

The National Museum of Ghana is in the Ghanaian capital, Accra. It is the largest and oldest of the six museums under the administration of the Ghana Museums and Monuments Board (GMMB).

The museum building was opened on 5 March 1957 as part of Ghana’s independence celebrations. The official opening was performed by the Duchess of Kent, Princess Marina. The Museum’s first Director was A.W. Lawrence.

Objects of archaeology, ethnography as well as fine art find place in the National Museum building. Objects in the archeology section range from the Stone Age period to the recent historical past.

I
Some of the items on display in the Museum
Those on permanent exhibition at the ethnography gallery include chief’s regalia, indigenous Ghanaian musical instruments, gold weights, beads, traditional textiles, stools and pottery. There are also objects from other African countries acquired through exchange.