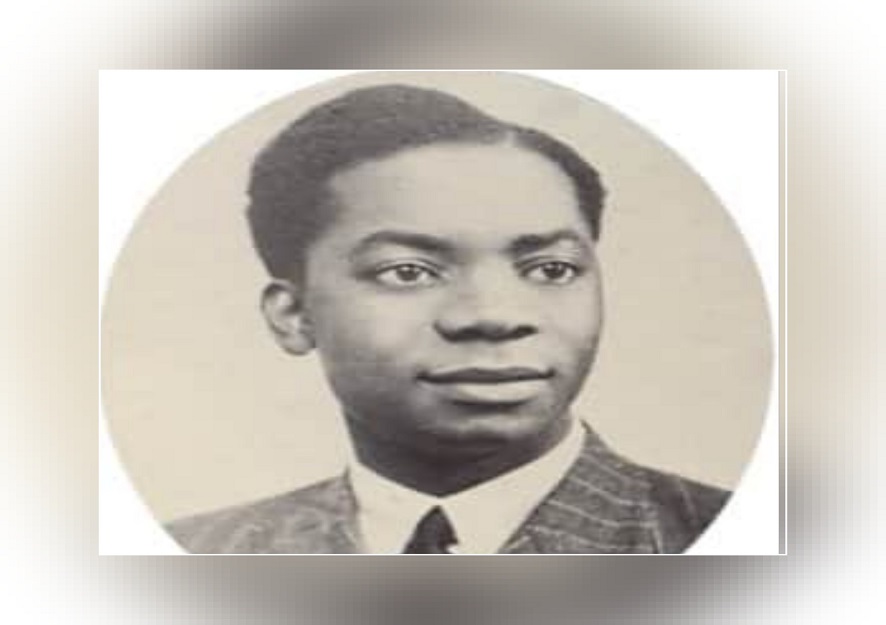 Dr. Raphael Ernest Grail Armattoe died relatively young at 40. Despite his quick exit, he still left behind a commendable body of work. He was a Ghanaian medical doctor, author and politician and trained in Germany, France and the UK.

Of the Ewe stock, Armattoe emerged in a prominent family at Denu, in the Volta Region of Ghana in August 1913, which was part of Togoland.

With dwindling fortune after the World War I, the former German colony was divided among the French and British. Young Armattoe thus absorbed three European languages as well as his native Ewe. He would build on that knowledge to later publish works in French, German and English.

His basic education was secured in Keta then Mfantsipim School in Cape Coast where he met Kofi Abrefa Busia (destined to become Ghana’s Prime Minister 1969-72). Excelling in his studies, Armattoe moved to Germany by age 17 for further studies. He was at the Hamburg University, when the Nazis in Germany began their dominance so had to move to France for safety and continue his studies.

“In France, he continued his studies in anthropology, literature and Medicine at the Sorbonne and Lille Universities.” It was in France that Armattoe also met Leonie later known as ‘Marina’ Schwartz from Switzerland. The pair soon married.

After his studies, Armattoe moved with his wife to Edinburgh Royal College of Surgeons, where he qualified to practice medicine in the British Isles and to work as a certified surgeon. In Northern Ireland, he got a job as a locum in Belfast and was then appointed to the Civil Defense First Aid Post in Brooke Park, Derry where he worked from 1939-45. Armattoe spent over a decade working in Northern Ireland.

After the World War II, Dr. Armattoe had a medical practice at his home at 7 Northland Road; and devoted time to writing and public speaking on a variety of topics under the imprint of the Lomeshie Research Centre named after his mother.

His research on ‘Abochi drug’ against parasites was popular across Africa and the UK. “Dr. Armattoe discovered the Abochi drug that saved millions of lives in Africa in the 1940s. It was very efficacious in treating water borne diseases, ring worms and other allied diseases. The Nigerian government bought the patent for thousands of pounds and named it Abochi.”

One of his major research areas was on ‘Ewe physical Anthropology.’ He also became well-known in 1946 following the publishing of ‘The Golden Age of West African Civilization’ among many other scholarly articles.

Armattoe successfully applied for an anthropological research grant worth £3,000 from the Wenner-Gren Foundation for Anthropological Research. With funding, the good doctor returned to West Africa after about 18 years in 1948 where he conducted his research.

After about half a year of field research, he returned to Derry to write up his reports having studied ancient herbal medicines of County Donegal, and collected many African plants to study for medicinal applications presenting his findings in 1949.

The renowned medical doctor, anthropologist, writer of prose and poetry got a nomination for the Nobel Peace Prize in 1949 for his general research works, when a group of parliamentarians from Stormont, the Dáil and Westminster joined together to sign letters nominating him for the prize. The prize, however, went to John Boyd Orr, Director of the U.N. Food and Agriculture Organisation.

His collection of poems (anthology), ‘Deep Down in the Black Man’s Mind’ was published in 1954, a year after his demise.

Armattoe was also an authority in the remit of atomic energy, according to researcher Sekyi-Brown Reginald. “His pursuit of ethnology led to his establishment of the Lomoshie research center,” he added.

By the end of 1950, the Armattoe family had left Derry for Kumasi, Ghana’s second largest city. He set up a medical clinic, but also embarked on new adventures in poetry and politics.

Dr. Kwame Nkrumah and Armattoe had both been to the 1945 Pan-African Congress in Manchester, England. And although both men were for independence for African colonies, they differed on approach. Armattoe joined the Ghana Congress Party (GCP) formed in 1952 which had Busia against Nkrumah’s Convention People’s Party (CPP).

He was also active in the Joint Togoland Congress, calling for the re-unification of the Togoland mandates as opposed to uniting British Togoland with the Gold Coast Colony.

After leading a delegation to New York to address the UN on the Eweland and Togoland question, he visited his eldest daughter Irusia who was by then enrolled in a Dublin boarding school and Germany. He was suddenly taken ill in Germany dying in a Hamburg hospital on December 22, 1953.

His wife, Lionie Schwartz, reported her husband had complained of being poisoned. The New York Post called him “the ‘Irishman’ from West Africa“. Henry Swanzy of the BBC referred to him as the “African Paracelsus.”