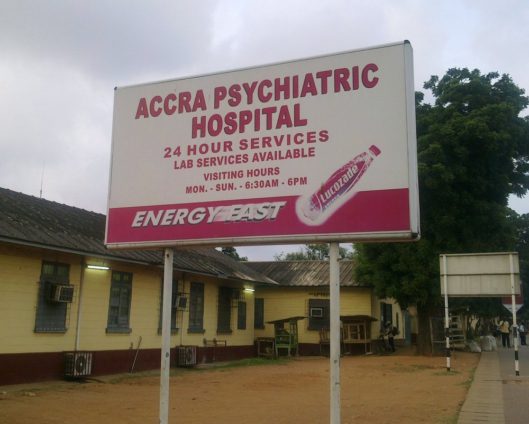 Dr Brown was speaking during a presentation she made on behalf of the Medical Director of the Accra Psychiatric Hospital at a symposium to mark the 2022 World Mental Health Week campaign in Accra.


The theme for the celebration was, “10 years post Mental Health Act: Achievements, drawbacks and lessons learnt and projecting into the future”.

Dr Brown, who was speaking on the ‘Achievements’ of the Mental Health Act said presently, there were drugs readily available to treat patients but the problem was where they would go after treatment.

According to her, most psychiatric hospitals in the country had access to enough psychotropic drugs today than 10 years ago.

That, she attributed to the passage of the Mental Health Act in 2002.

Hitherto, she said, the main psychiatric hospitals in the country always had a shortage of those drugs which were needed badly to stabilise their patients.


She said today, due to the coming into effect of the Act, most regional and district hospitals which had mental health units attached to them had access to drugs all year round for the treatment of their patients.

She said although some facilities registered shortages, that had nothing to do with the Central Medical Stores as they were always stocked with psychotropic medications.

Dr Brown mentioned the successes of the Act to include the ongoing training of 50 psychiatrists.


The Hospital Director, Ankaful Psychiatric Hospital, Dr Kwadwo Marfo Obeng, in a presentation, said 21 per cent of the country’s working age group was under stress, saying that it translated into one in every five working persons.

However, he said when one added the number of people who were not working to the figure, it became alarming.

A Consultant Psychiatrist, the University of Health and Allied Sciences (UHAS), Dr Eugene Dordoye, who spoke on the topic, “Mental health system in Ghana — Past and present,” said the first legislation in Ghana to make mention of persons with mental illness was the Prisons Ordinance of 1876, which considered such persons as criminals to be incarcerated in prisons.


He said the Lunatic Asylum Ordinance was passed in 1888 to recognise such persons as requiring special custodial care.

The Medical Director of the Pantang Psychiatric Hospital, Dr Frank Baning, who spoke on “Drawbacks and lessons leant”, said the continuous criminalisation of suicide by the country’s law system was a drawback to the successful implementation of the MHA.

Also, he said, 10 years after the passage of the Act, there was still no Legislative Instrument (LI) to guide it.

Dr Baning also spoke about the absence of Mental Health tribunals in the country to help in seeking justice for mentally ill patients.

According to him, despite the many laws protecting the rights of citizens, especially persons with disability, none of the perpetrators had been reported to the law enforcement agencies nor prosecuted.

He said there was still the lack of public awareness of the rights of the person with mental illness in the country although the law called for public education on mental illness.