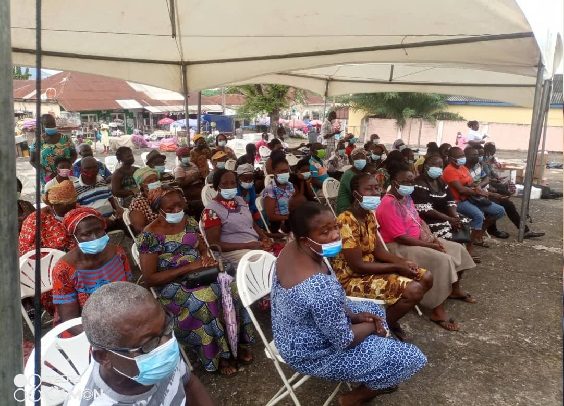 The Majority Chief Whip, also Member of Parliament for Nsawam/Adoagyiri in the Eastern Region, Frank Annoh-Dompreh has organized a 6-day free eye screening exercise for his constituents.

The exercise, fully funded by him, received support from the Nsawam Government Hospital and Vision Spring, a Non-Governmental Organisation (NGO) based in Accra.

The six-day exercise which commences on Monday at the Nsawam Government Hospital is expected to be conducted in surrounding villages within the constituency.

The exercise, saw residents converging at the screening center to check for various eye defects including cataracts and glaucoma.

At midday on Monday over 100 participants were given medications, whilst others eyeglasses were issued for special purposes such as reading and sight.

The move, according to the Member of Parliament would reduce the number of eye cases in the Constituency.

Frank Annoh-Dompreh noted that “It is to support the sight of my people and also facilitate productivity at their workplaces”.

He further entreated his constituents to ensure regular check-ups and exercise for good health.

Some beneficiaries, who expressed utmost excitement over the exercise, thanked the MP for the kind gesture.

They appealed for more of such programs to help them improve their health.