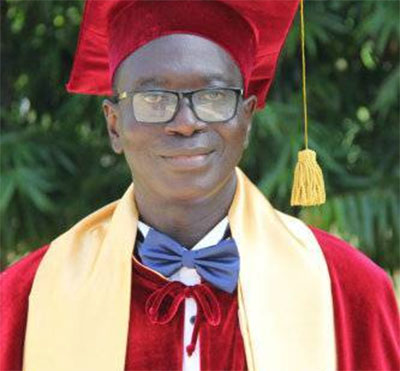 The COA Research and Manufacturing Company Limited has re-launched COA Mixture, the world-acclaimed herbal medicine that supports the general wellbeing of people.
COA Mixture is a well-researched plant medicine that is scientifically developed for general wellbeing and has also been approved by the Food and Drugs Authority (FDA).
The re-launched COA Mixture is an upgrade in drug development, and after going through the processes from the FDA, it has been upgraded from a food supplement to herbal medicine for general wellbeing.
Speaking at the launch, the Founder and Chief Executive Officer (CEO) of COA Research and Manufacturing Company Limited, Professor Samuel Ato Duncan, debunked notions that the COA Mixture is a cure for HIV.
However, he noted that the COA Mixture is so powerful that it preserves itself and has unique phytochemicals that can support the immune system for healthy living.
He also made it known that the COA Mixture is a 100 per cent natural product from plants and has no artificial preservatives.
Prof. Ato Duncan announced that the COA Research and Manufacturing Company Limited is close to a research breakthrough, adding that when successful, Ghana stands to realise not less than 32 billion dollars annually from this plant medicine.


“This is what I want to achieve for Mother Ghana as part of my Global Peace Mission Project. This will bring economic relief to Ghana and also get treatment for some diseases the world is struggling to treat,” he said.
He, therefore, called on the government, research institutions, and investors to collaborate with the company in order to carry the above vision to reality.
Prof. Ato Duncan made it known that already, the company has acquired 1,000 acres of land in the Ashanti Region to cultivate raw materials.
However, he said the company needs an additional 9,000 acres of land for the cultivation of raw materials to produce COA products to meet the international market demands.
He donated GH¢100,000 to the Ghana Federation of Traditional Medicine Practitioners Associations (GHAFTRAM) to support members who have potential medicines but do not have sufficient funds to go through the process of evaluation and registration.
Prof. Ato Duncan appointed the Asantehene, Otumfuo Osei Tutu II, to be Patron of the COA Mixture because of his support to COA Mixture.
He entreated everyone including those abroad to take COA Mixture for their general wellbeing.