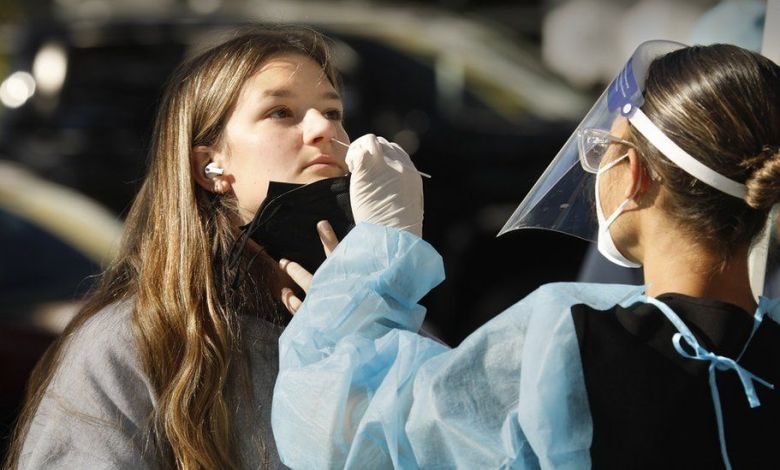 A record 1,080,211 cases were reported on Monday – the highest one-day tally of new cases anywhere in the world, according to Johns Hopkins University.

The Omicron variant accounts for the majority of cases in the US.

The top US pandemic adviser Anthony Fauci has said the country is facing “almost a vertical increase” in cases.

He said the peak may be weeks away.

But Dr Fauci said the example of South Africa – where Omicron first spread rapidly before subsiding – offered some hope.

Rates of death and hospital admissions in the US have been far lower in recent weeks than in previous infection spikes.

Some 8,652 people are reported to have died from the disease in the past week, according to Johns Hopkins.

The previous US record of cases was 590,000, reported four days ago.

The highest number outside the US came during India’s Delta surge, when more than 414,188 people were confirmed as having the disease in May 2021.

Studies suggest that Omicron is milder than the previously dominant Delta variant, but fears remain that the sheer number of cases stemming from the highly infectious Omicron could overwhelm hospitals.