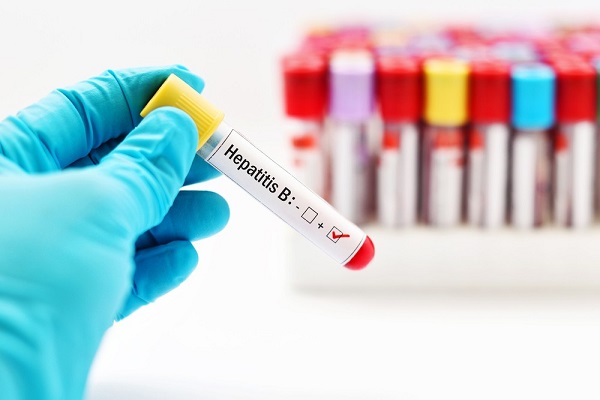 To determine whether somebody has been infected or exposed to the Hepatitis B virus, some blood tests are done.
Hepatitis B infection is diagnosed by detecting pieces of the virus in the blood called antigens. Because the virus is foreign to the body, the body does produce antibodies to it.

The presence or otherwise of this antibody can be used to diagnose an infection with this virus. In addition, the DNA of the virus can also be detected and quantified, as a means of diagnosis, usually referred to as ‘viral load’.


The Hepatitis B profile is then requested once a positive result is secured. This tests other antigens of the virus such as the core c-antigen and the e-antigen. These give an idea as to whether the organism is actively dividing or not. It also tells whether the body has produced antibodies against the organism or not.

Blood tests for the Hepatitis B virus are often done when routine blood work shows abnormal liver function test or when there is strong suspicion of the infection.

It is also done for people who are at an increased risk for exposure such as health and social workers. If a patient is diagnosed with chronic Hepatitis B, a regular follow up is needed.


Blood tests can help determine how active the infection is and whether there has been damage to the liver or not.

Blood tests alone may not be enough to guide treatment in chronic Hepatitis B infection. Sometimes other tests such as scanning of the liver either by ultrasound or computerised tomography (CT scan) is used to detect the extent of liver damage.

It may also detect cancer of the liver caused by chronic Hepatitis B. In some extreme cases, a biopsy of the liver – removal of a tiny piece of the liver by inserting a long needle into the liver and withdrawing the tissue – is examined under a microscope to detect changes in the liver.

A biopsy may be done to detect the extent of liver damage or to monitor treatment.

People living with chronic Hepatitis B infection are expected to live a long and healthy life. There are decisions people can make to protect their livers such as seeing a liver specialist or health care provider regularly, avoiding alcohol and tobacco, and eating healthy foods.


Acute Hepatitis B usually resolves on its own and does not require medical treatment. In very severe infections, symptoms such as vomiting or diarrhoea may be present. The affected person may then require treatment to restore fluids and electrolytes.
• There are no medications to prevent acute Hepatitis B from becoming chronic.
Once diagnosed, there are basic self-care ways that can help to relieve symptoms and to prevent worsening of the disease. These include:
• Drinking plenty fluids to prevent dehydration.
• Avoid taking any medications, especially those over-the-counter, without discussing with the doctor because some medications depend on the liver for its removal from the body, and liver damage may impair the body’s ability to handle these drugs.
• Avoid drinking alcohol during the acute phase. Individuals with chronic HBV must avoid alcohol for the rest of their lives.
• Avoid eating high caloric diet.
• Avoid prolonged, vigorous exercise until symptoms start to improve.
• Avoid any activity that may spread the infection to other people.

There are also approved drugs for both adults and children that control the Hepatitis B virus, which help reduce the risk of developing more serious liver disease, but there is still no complete cure. In deciding whether to treat or not, the degree of liver damage is assessed.

Current treatments for Hepatitis B fall into two general categories:
• Immune modulator drugs: These are interferon-type drugs that boost the immune system to help get rid of the hepatitis B virus. They are given as a shot (similar to how insulin is given to people with diabetes) over six months to one year.
• Antiviral Drugs: These are drugs that stop or slow down the Hepatitis B virus from reproducing, which reduces the inflammation and damage of the liver. These are Hepatitis B drugs made by the patient and the doctor, often in consultation with a specialist in diseases of the digestive system (gastroenterologist) or liver specialist (hepatologist) because of the huge cost and erratic response.


The decision to treat is guided by results of liver function tests, viral load tests, and, frequently, liver biopsies after a complete history and physical examination.

Treatment is usually started when blood tests indicate that liver function is deteriorating and the amount of replicating Hepatitis B is rising. The good news is that many people never reach this point.

For those who do, the interval between diagnosis and starting treatment is quite variable. It is important to note that the various medications do not cure the infection. They reduce the ability of the virus to reproduce in the liver, providing an opportunity for the liver to heal itself.


The interferons stop the liver damage in up to 40 per cent of people, although relapse is possible. The antiviral medications usually used is nucleoside or nucleotide analogues which prevent the virus from making new viral particles.

Examples include Lamivudine and Tenofovir. Up to 90 per cent of patients may have levels reduced so low that they become undetectable. The higher success rates are achieved in patients who do not have “Hepatitis B e- antigen” (HBeAg). HBeAg is detected by a blood test and indicates that the virus is actively multiplying.

The disadvantage of this medication is that over time, the virus can become resistant to these medications.

No herbs, supplements, or other alternative therapy is known to work. In fact, no specific herb or herbal preparation is recommended because they put so much pressure on the already overstressed liver to metabolise these herbs.

In severe cases, when the liver is failing in its functions, the only remedy is to do liver transplant which currently is not available in Ghana.

There is a vaccine against the Hepatitis B virus which helps to protect from the organism. It is safe and works well to prevent the disease.

A total of three doses of the vaccine is given over several months. In Ghana, it is part of the pentavalent vaccine (five-in-one) given to children at age six, 10 and 14 weeks of life.
For most of us born before the introduction of this vaccine in Ghana, we need to test to see if we are free from the virus and then vaccinate ourselves against this virus if we are negative.

In general, though, all health care and public safety workers who may be exposed to blood, people who have sickle cell disease, haemophilia or other blood clotting disorders and receive transfusions of human clotting factors are at increased risk of contracting the virus and need to get the vaccine at all cost.

Hepatitis B immune globulin is given along with the Hepatitis B vaccine to unvaccinated people who have been exposed to hepatitis B.

These include close contacts of people with HBV infection, health care workers who are exposed to Hepatitis B-contaminated blood, and infants born to mothers infected with Hepatitis B.
Giving the immune globulin and the vaccine together in these situations prevents transmission of the disease in 80 to 90 per cent of cases.

In addition to the Hepatitis B vaccine, other protective ways include practising safe sex – use condoms; avoid premarital sex, avoid sharing needles and other sharp equipment, among others.