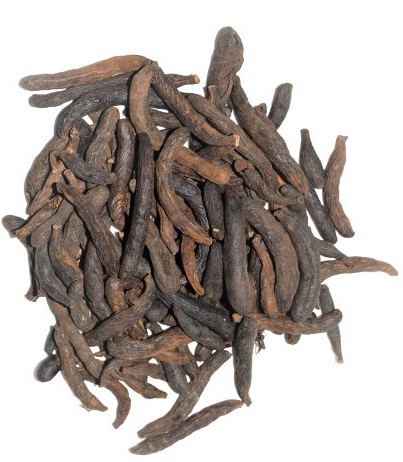 A popular Ghanaian spice used in local drinks, soup and porridges, Hwentia, also known as Grains of Selim, has been pinned to have anti-fever and anti-malarial properties.
Researchers from the University of Cape Coast in a bid to search for plant-based alternative drugs to anti-malaria drugs found Hwentia a good source of xylopic acid, potent against fever and malaria.

Delivering his inaugural lecture on “Malaria treatment failures: What can we do?” last Friday, the Vice-Chancellor of the University of Cape Coast, Professor Johnson Nyarko-Boampong indicated that his team’s research on the spice tested on plasmodium berghei (in the malaria infection group) infected mice, indicated that Hwentia had anti-malaria effects with acceptable safety profile.

He asked that Hwentia be further researched into for further clinical trials considering that alternative drugs were needed to back up the ones in use currently.

The VC observed with concern the fact that the nation’s investment into scientific research was limited, saying that had hindered efficiency and effusiveness.

He asked the government to dare the nation’s researchers with resources through a national call for ground-breaking research into problems facing the country.


“Dare us to research and find solutions to challenge and see what we can do and if we are not able to get you the results don’t pay us,” he said on a lighter note.

Prof Nyarko-Boampong also called for the speedy institution of the National Research Fund to support research.

Effects devastating
Prof Nyarko-Boampong noted that although the disease was preventable and treatable, malaria continued to pose public health problems in tropical regions impacting negatively on the socio-economic growth of countries, including Ghana and called for strategies and seriousness in eliminating malaria.

He called for prompt diagnosis and strategies to eliminate mosquitoes, the vector, through education and improved sanitation practices.


Prof Nyarko-Boampong further called for increased community-based malaria testing and treatment and the use of bed nets to help win the fight against malaria.

Why we fail
He observed that current efforts at fighting malaria failed because the plasmodium was sometimes drug-resistant, while some patients did not comply with the drug dosage regimen.

The Vice-Chancellor urged Ghanaians to treat the fight against malaria “like we treated COVID-19 to get the desired outcome”.

Profile
Prof Nyarko-Boampong is a professor of parasitology who has consulted widely on community pharmacy practice.

He is a Pharmacist, a Biomedical Scientist, a CV Raman Scholar, a board member of the Association of African Universities and a fellow of the Ghana College of Pharmacists.