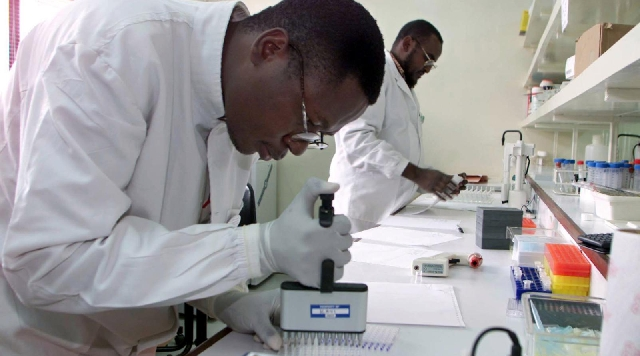 The Chief Executive Officer of Gamey & Gamey Group, Mr. Austin Gamey, has called on members of the Medical Laboratory Professional Workers Union (MELPWU) to constantly apprise themselves of the Labour Act.
That, he noted, would enable the union to address labour issues skillfully and get what they desired for their members without necessarily embarking on strikes.

He said it would also enable them to avoid being “subservient to other unions” while standing out as one of the best workers’ unions in the country.

The CEO of the human resource and alternative dispute resolution consultancy firm made the call when he addressed the maiden Annual General Meeting (AGM) of MELPWU in Bolgatanga last Wednesday.

He explained that the MELPWU must be able to manage its “differences well so that the union becomes a colossus on the labour front, as well as to negotiate well and present your case in a systematic sequence”.

Dubbed “Building a Strong Trade Union, Mobilising for the Real Deal”, the two-day event, which involved the paid-up members and officials of the union, was to update the about 3,000 members of the union on current labour issues, as well as promote transparency, probity and accountability.

“You have the opportunity to become an outstanding labour union if you have good leadership skills and know how to negotiate and create a positive impact for your members,” Mr. Gamey noted.

The labour expert further pointed out, for instance, that the MELPWU members and executive should be knowledgeable in the Labour Act so that they did not “struggle” during negotiations.

He further advised the executive of the union against the failure to communicate effectively with the members, saying that would lead to “lack of trust and coordination, frustration and waste of resources”.

The General Secretary of MELPWU, Mr. Cephas Akortor, observed that the coming into being of the union was “one of the best things that happened to us as a workforce”.

He entreated members to ensure that the struggles their forbears went through to form the union was sustained, saying that could only be achieved through perseverance, approaching labour issues in a non-violent manner, among others.


“A revolution has taken place and the change we seek is finally here with us. Although the path we have chosen is not an easy task for us, we have to persevere in our struggle, but not with falsehood and hatred,” he said.