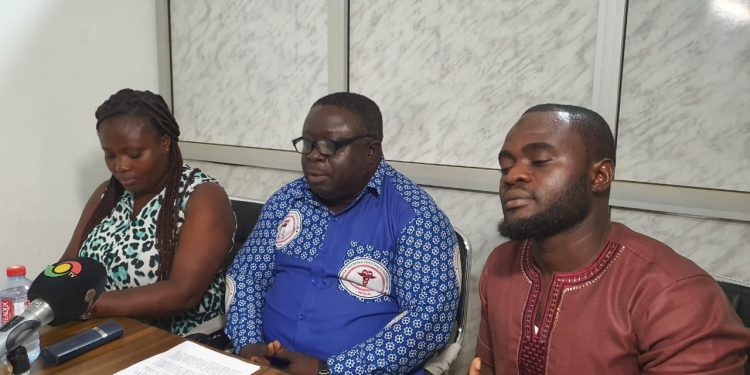 The Physician Assistants Association of Ghana says it will seek redress at the law court if changes are not made to the scope of practice document scheduled to be launched tomorrow.

The association also promised to reject the document if some amendments it proposed are not made.

According to the association, the regulator of the Medical and Dental Council, has completely ignored its inputs in the scope of practice document, which is a guideline document to regulate Physician Assistants across the country.

The leadership of the Association again argued there were some clauses in the document that prevented them from doing what is captured in their job description.

According to the leadership of the association, portions of the drafted document will prevent its members from requesting a lab of helicobacter pylori (Ulcer) from the patient, but leave it to the domain of doctors to handle.

According to the association, Physician Assistants have been trained as stop-gap professionals; hence the need for them to be given the needed opportunity to work with the needed support.

“From the conception of the whole scope of practice document, we realized that the Medical and Dental Council was trying to suppress us instead of helping us to grow as professionals. In the document, which was drafted without our concern, we realized that there were clauses and sentences that prevented us from doing what is captured in our job descriptions. We prompted them, and they promised to edit that particular clause, but we didn’t hear from them till they later prompted us that the final document will only be available to us on the launching day. We want to tell them that, should they omit our inputs or bring something new to us in the policy document, we will reject the documents and move to court to seek redress,” Acting Public Relations Officer for the Association, Aminu Ali Mohammed told Citi News.

Mr. Mohammed further said portions of the drafted document described the Physician Assistants as Independent Practitioners, which they strongly protested and are looking forward to the changes.

The Acting Public Relations Officer further wants the Ghana Health Service to intervene before it gets out of hand.

“We are sending this message to the Ghana Health Service to go into the scope of practice document and intervene other than that they should not expect the best from us because it won’t happen that on paper the world is made to understand that we are not allowed to embark on certain practices while behind the scenes we are made to work,” Ali Mohammed added.

The Association wants the Ghana Health Service to reconstitute a committee to look at drafting a new policy to represent who the Physician Assistants are in the unlikely event that their inputs are not captured in the policy document.

“We want the Ghana Health Service led by Dr. Patrick Kumah Aboagye to set up a committee to draft a new policy to represent who the Physician Assistants are in reality,” Ali Mohammed added.