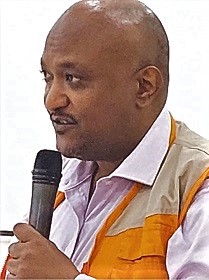 A special dialogue with the management of some selected metropolitan, municipal and district assemblies (MMDAs) in the northern part of the country, to ensure the prioritisation of water, sanitation and hygiene (WASH) activities, has ended at Jirapa in the Upper West Region.
The programme, held last Monday, also intended to ensure the achievement of the sustainable development goals (SDGs) in 17 districts in four regions was attended by the metropolitan, municipal and district chief executives and coordinating directors from the Northern, North-East, Upper East and Upper West Regions.
Organised by World Vision Ghana (WVG), a non-governmental organisation, the five-year USAID-funded project awarded to Global Communities was aimed at strengthening WASH through adequate funding, to improve services and reduce the disparities that impeded the achievement of the SDGs.
The dialogue also had three objectives, namely to consider WASH financing, to improve means of financing services and to engage stakeholder activities in the project. The dialogue further underscored some targets to be achieved in the districts.
WASH facilities
This included facilitating access to WASH facilities for 300,000 people in sanitation and 250,000 in water.
In the area of sanitation, institutional toilet facilities will be constructed with the provision of KVIPs, biofils, water closets and handwashing stations, all aimed at ensuring that the districts attained 80 per cent open defecation free status.
With water, facilities to be standardised include boreholes, while some would be mechanised and piped systems provided for communities and institutions. More dustbins would also be acquired to limit reckless disposal of rubbish.

Addressing the participants, the WASH Programme Manager for WVG, Robel Wamisho, said most communities in Ghana were racing against time to achieve the SGD targets for WASH.
Mr Wamisho said it was based on the realisation that at the moment, 96 per cent of the urban population had access to potable water, while 74 per cent of the rural population had access.
Evidence
On sanitation, he said statistics revealed that 43 per cent of the population had access to proper sanitation facilities with 55 per cent using shared latrines, while two per cent were using unimproved sanitation facilities.
“The basic sanitation situation in schools and healthcare facilities is also a huge challenge. The Electronic Management Information Services (EMIS) data for 2018 estimated that 30 per cent of public basic schools lacked access to safe drinking water and 49 per cent improved toilets.”
“It is observed that the limited funding allocated to WASH is not directed to the highest-need population or sectors. Even where funds are disbursed to or internally generated by the MMDAs, the funding is often delayed and inadequate to address the WASH needs,” he said.