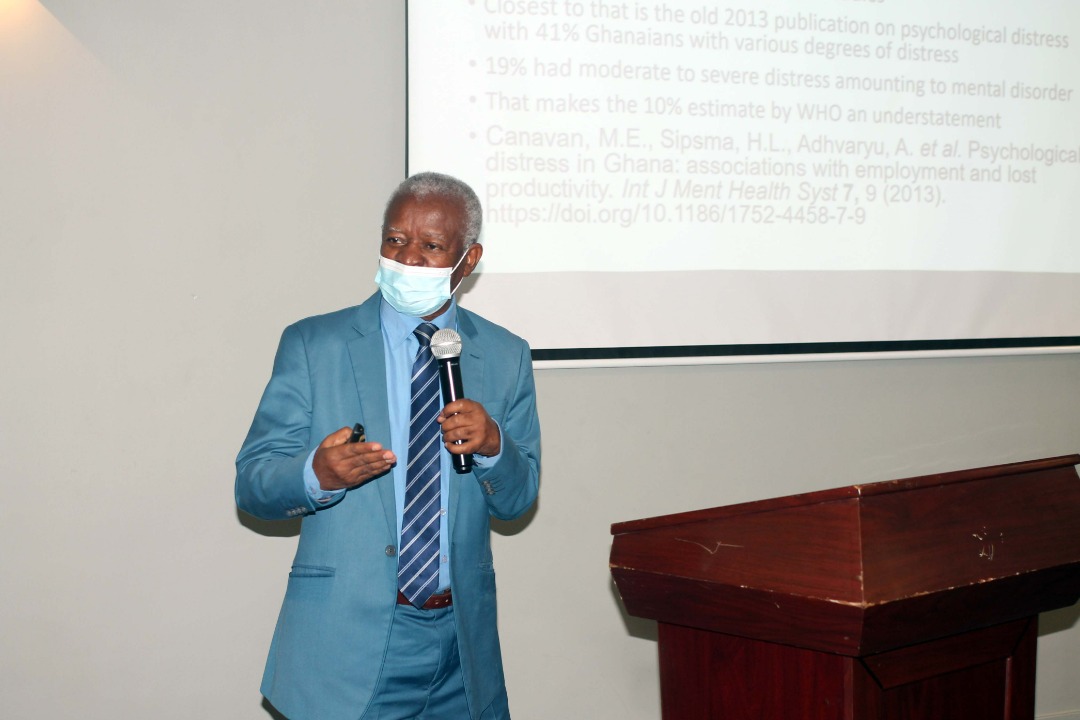 Relationship breakups, graduate unemployment among leading cause of suicides in Ghana
According to Prof Akwasi Osei, CEO of the Mental Health Authority, “I have realised that those calling are between the ages of 16 and 35 years. A good number of them are students, few workers and unemployed graduates. Some have completed school yet cannot secure a job and out of frustration they feel like taking their lives or harming themselves with an intent to end their lives.’
On a daily basis, Ghanaians have continued to take their lives for reasons that are very flimsy and some that are heartbreaking.
The Mental Health Authority (MHA) in Ghana has revealed that relationship breakups (divorce), graduate unemployment and financial distress are the leading causes of suicide in Ghana currently, especially among the youth between 16 and 35 years.

Those causes have especially shot up among the youth in recent times, reports Graphic Online’s Maclean Kwofi.

The authority maintained that they consisted of students, unemployed graduates and few workers.

Likewise, the actual suicide incidences recorded for the same period jumped from 69 cases in 2020 to 86 cases in 2021, the Mental Health Authority has disclosed.

The Chief Executive Officer (CEO) of MHA, Prof Akwasi Osei, who made this known at the launch of the WHO Director General’s Special Initiative for Mental Health in Accra on Wednesday (July 6, 2022), stated that this worrying situation required immediate action to help stop the surge.

He said suicide was not a leading cause of death in Ghana, however it’s contribution was significant to the death rates in the country.

“Unlike road accident, suicide can be prevented if we understood what pushes people into suicide and we are able to put in place the necessary measures, we could prevent a lot of them and reduce the surge in the numbers.

“And so, suicide is a serious concern to us and we need to take steps towards preventing it,” he said.

After seeing the 2021 numbers, Prof Osei stated that he took it upon himself to investigate and understand what were the contributory factors of these worrying situation using the MHA’s suicide line.

He said the issues identified, contributing to the surge in the suicide cases in the last five months were staggering.

“In the last five months, I decided to tally and know why these people are attempting to harm themselves and for the period I received more than 100 calls. In a day, I receive between two or three calls on suicide.
“I have realised that those calling most of them are between the ages of 16 and 35 years. A good number of them are students, few workers and unemployed graduates.
“Some have completed school yet cannot secure a job and out of frustration they feel like taking their lives or harming themselves with an intent to end their lives.
“Others are also attempting death due to relationship problems, young boy-girlfriend relationships and they have been jilted or a married couple that has divorced the other in a manner that is so painful. There were also issues of financial distress,” he added.

The CEO stated that the country needed to develop a suicide policy that will determine the systematic approach to handle suicide and its related issues.

“An example is that we have designed our own suicide help line and people call us at anytime but its not free and so, many people cannot access help when they need it the most.

“So, we need a policy that will ensure that we have a help desk, toll free line and ensure that people have basic understanding on suicide,” he added.