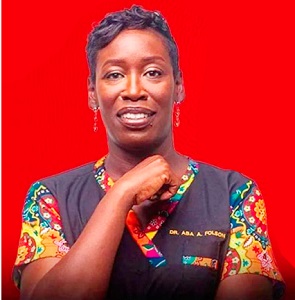 The Vodafone Healthline, in its 13 episodes of season 10, has taken over the medical bills and upkeep of nine patients who were suffering from acute medical conditions and urgently needed surgeries.
The highlights of each episode were always a fully sponsored series of surgeries and medical interventions offered to financially challenged patients with various medical conditions.

The beneficiaries included Victoria Ekeke, 52, who had complications after a womb biopsy, little Charles Dwamena, who had developed an extended stomach because of an inability to pass stool since birth, little Akosua Sarfoa with limbs defects, Daniel Akonor with spinal cord problem, Esinam with a miscarriage after taking in a soft drink laced with an unknown substance and Bernice Avevor who suffered after a miscarriage among others.

These, among others, were trying medical health conditions of needy citizens throughout the country that the Vodafone Healthline handled as its humanitarian activities of touching lives of the underprivileged in the society.

The season was packed with enlightening discussions with medical experts and a variety of educative segments designed to empower Ghanaians with insightful and practical information on health and wellness.


The season also featured specialist doctors from diverse medical fields who brought their expertise to bear on the in-studio discussions by throwing more light on specific conditions.

In each episode, the host, Frema Asiedu, a Clinical and Public Health Nutritionist and her two regular in-studio panellists; a general medical practitioner, Dr Kwekuma Yalley; and a cardiologist, Dr Aba Folson, shared their expert advice on a variety of topics to deepen the knowledge of viewers.

They also combined their knowledge of health to debunk commonly held beliefs and medical myths not supported by medical or scientific research.

Myths such as the vagina permanently stretching after childbirth, chocolate being an aphrodisiac and Coke with salt resolving runny stomachs were all dealt with during the season.


Throughout the season on “This week in medicine” Dr Yalley explored historical perspectives of various diseases and conditions around the world and enlightened viewers on their evolution over the years.

The “Jewels in Our Kitchen” segment, hosted by Mrs Asiedu, educated viewers on the benefits of various foods and their anti-inflammatory and antioxidant properties, while the

“Fitness coach,” Afia Berfi, did her part and took viewers through various workout routines aimed at keeping them physically fit.

The final episode featured a special segment, where Dr Folson educated viewers on the heart.

She said even though the heart pumped blood all over the body, it also required its own blood to supply the coronary vessels.

Dr Folson, however, stated that when fat-laden lumps burst after developing over time, blood clots around them, cutting off the heart’s needed blood supply, leading to heart attacks.

Talking about the symptoms, she said some people experienced severe pain in the chest spreading to either their left shoulder, left jaw or to their back, while others rather experience irregular heartbeats, tiredness, nausea and other symptoms.

“It is the heart’s way of saying I need something and I’m not getting it,” she added.

Dr Folson, therefore, encouraged people who experienced some of these symptoms to seek immediate medical help.

“There are people who are at a very high risk of getting heart attack and this can only be determined at the hospital with a scan,” she explained.