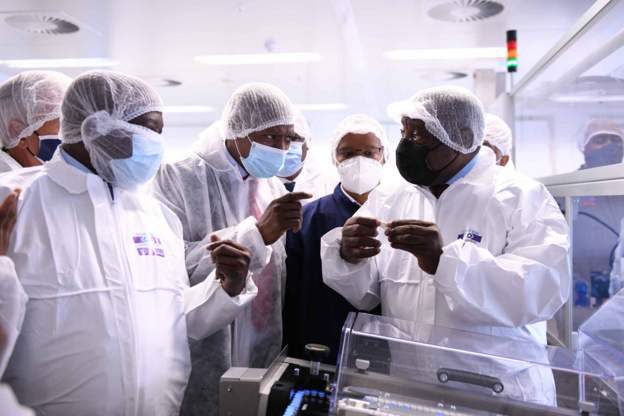 The first African plant manufacturing Covid vaccines says it may have to shut down production due to lack of demand.

It comes at a time when a large proportion of Africa’s population remains unvaccinated.

Professor Tulio de Oliveira, the director of the Centre for Epidemic Response and Innovation in South Africa, told the BBC’s Newsday programme that the closure could affect the production of other vaccines that “do not affect the developed world” as well as the preparation for the next pandemic.

He said “vaccine apartheid” had damaged the uptake of Covid vaccines in South Africa and the rest of the continent.

“What’s quite interesting last year is that first we hardly got vaccines… the vaccines were not coming to South Africa and Africa but when most of the other countries had vaccinated their populations we got the opposite, we got vaccine dumping.

“We got millions and millions of doses… some of them with very short expiry dates and that damaged [the uptake].”

He says Africa, having gone through three major waves of Covid including a very severe one without the vaccines, had decreased the uptake.